Earth Today | Caribbean CSOs get US$1.1 million in conservation grants 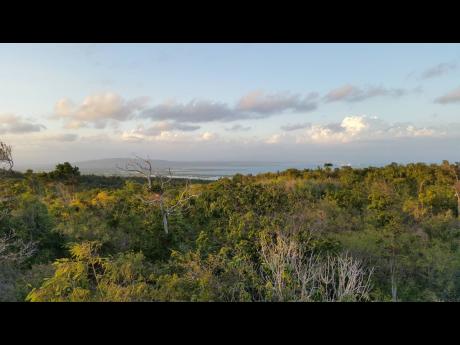 THE CRITICAL Ecosystem Partnership Fund (CEPF) has awarded US$1.1million in grants to four civil society organisations working in Jamaica and the Dominican Republic, to support projects to strengthen the protection and management of globally important biodiversity in the two countries.

The beneficiaries are the Caribbean Coastal Area Management Foundation (C-CAM) in Jamaica and the Fundación José Delio Guzmán (FJDG), Sociedad Ornitológica de la Hispaniola (SOH Conservación) and the International Union for Conservation of Nature and Natural Resources (IUCN) in the Dominican Republic.

They are the first four awards to be made by the CEPF under its current five-year investment in the Caribbean Islands Biodiversity Hotspot, which began in August 2021.

The grant to C-CAM will support the preparation of a five-year management and zoning plan for the Portland Bight Protected Area (PBPA) along with the implementation of the national conservation plan for the critically endangered Jamaican Hutia ( Geocapromys brownii) and the elaboration of conservation action plans for other endangered endemic plant and animal species. C-CAM will also develop a monitoring programme for the PBPA that engages communities in a citizen science programme.

In the Dominican Republic, the FJDG will work on an ecological restoration programme for the Juan Bautista Pérez Rancier National Park, more commonly known as the Valle Nuevo National Park, in coordination with the Ministry of Environment and Natural Resources. It will also prepare conservation action plans for four highly threatened endemic species, including the Hispaniolan solenodon ( Solenodon paradoxus) and the Green Swallow ( Tachycineta euchrysea).

C-CAM, FJDG and SOH are all second-time CEPF grantees, having been supported by the fund during its first investment in the Caribbean between 2010 and 2016.

“We are very excited to partner once more with C-CAM, FJDG and SOH Conservación,” said Nicole Brown, the manager of the regional implementation team that supports the work of the CEPF in the Caribbean.

“The work that they propose to do will build on their first CEPF-supported projects and go a long way to both strengthen the management of the Key Biodiversity Areas where they work and integrate local communities into conservation. We also look forward to forging a strong collaboration with new grantee, IUCN, which has been actively supporting conservation efforts in the Caribbean region for several decades,” she added.

Under its current investment in the Caribbean, which will go until July 2026, CEPF is awarding grants to strengthen Caribbean CSOs and support their efforts to reduce threats to 32 Key Biodiversity Areas in seven countries: Antigua and Barbuda, The Bahamas, Dominican Republic, Haiti, Jamaica, Saint Lucia, Saint Vincent and the Grenadines.