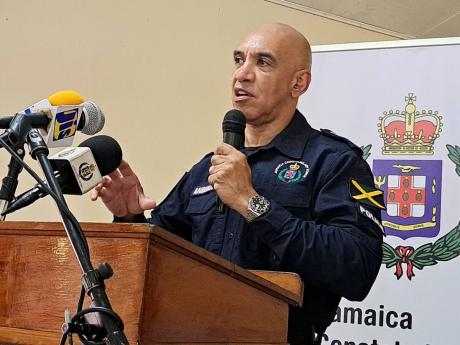 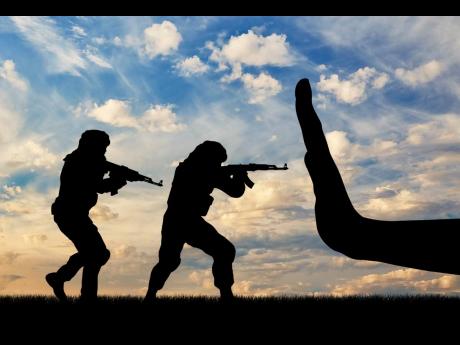 CITING THE emergence of a “worrying trend” in double and triple murders, which has so far produced 218 victims from 99 such incidents since January, the Police High Command is banking on the recently passed Firearms Act to repel the terror that criminals have unleashed on the island.

Last month, 39 people died in 18 double and one triple murder attacks, fuelling an eight per cent jump in homicides and a 3.8 per cent increase in major crimes overall.

Some 1,171 murders had been committed up to September 30.

Police Commissioner Major General Antony Anderson on Tuesday blamed the disturbing trend on the ease with which criminals are able to acquire illegal guns, 584 of which have been seized since January.

The figure represents an 11 per cent increase year-on-year.

He said unlike the police who are constrained in the use of lethal force when bystanders are present, criminals are wanton in their shootings. He said that for more than a decade, guns have featured in 84 per cent of the nation’s murders and 79 per cent of robberies.

The latter category has seen a 17 per cent increase between January and September, with 676 reported cases when compared to the 580 committed over a similar period last year.

The police chief called the recent passage of the Firearms Prohibition and Restriction Act “a potentially game-changing” modification in the laws that deal with illegal firearms and the attendant sentencing regime.

“The new act should cause every gunman or anyone else who feels that they should to think twice about being in possession of an illegal firearm much less using it to commit a crime,” he said during the Jamaica Constabulary Force’s monthly press briefing.

Under the act, among other sanctions, persons who use or attempt to use a firearm or imitation firearm with intent to commit or to aid the commission of a crime, once convicted, face imprisonment of not less than 15 years or more than 25 years.

Possession of a prohibited weapon with intent to traffic also attracts a life sentence.

Importantly, Anderson spoke to the use of children being used to transport illegal weapons, which, under the previous law, attracted only a probationary fine.

But under the current act, which he said has been “the longest piece of legislation to get going”, the penalty for gangsters who are found guilty of recruiting children is severe.

“What this does, it now recalibrates that and it recalibrates not just the decision of the children but [also their] parents when they, or whoever has the firearm, is faced with long sentencing,” he said.

“I don’t know that by putting long sentences we create a greater challenge for our youngsters as opposed to relieving them of this burden of getting involved in the gun trade very early,” he said.