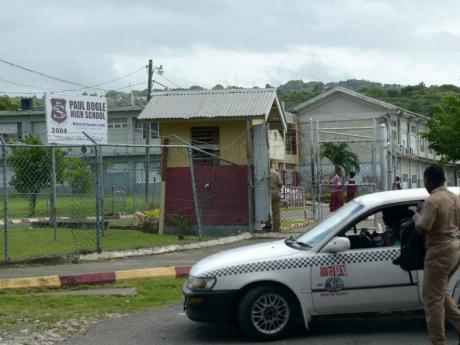 It is reported that only 27 of the 59 teachers turned up for work today. - File photo.

More than half of the teachers at Paul Bogle High School have embarked on a sickout reportedly to protest poor leadership.

It is reported that the educators at the St Thomas-based school wore black to work on Thursday and today only 27 of the 59 teachers turned up for work.

A source close to the institution told The Gleaner that the teachers want better leadership and communication from principal Carey Kelly.

“The principal has been very arrogant and the principal refuses to address issues that they are facing. They had a meeting yesterday and after all the talking, nothing was resolved,” the source claimed, adding that it has been a longstanding problem.

“He shouts at them and whenever there's a problem and he's not satisfied, that is his general approach,” the source asserted.

Calls to the principal's cell phone have gone unanswered.

The source also told The Gleaner that classes have been merged to deal with the absence of teachers.