Profile of a typical Jamaican gambler 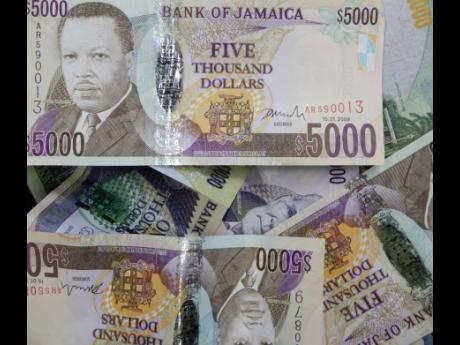 Jamaica’s first investigation of adult gambling is now out and it has offered up interesting perspectives on persons who gamble.

The typical gambler in Jamaica is likely to be male and in the lower-income bracket, numbering among the 62.5 per cent of the total population that played games for money in their lifetime.

Just over a third – 34.4 per cent – reported playing games in the last 12 months, while 26.9 per cent said they did so in the last three months at the time of the 2021 survey funded by the Betting, Gaming and Lotteries Commission, through RISE Life Management Services. The research was carried out by RISE Life in collaboration with Hope Caribbean Company.

Between August and November 2021, researchers conducted a total of 2,001 interviews among persons between the ages of 18 and 65. The survey has a margin of error of plus or minus five per cent.

The typical gambler in Jamaica was found to be spending between $600 and $3,000 on the main activities engaged in over the past 12 months.

Off-track betting, card games, and poker emerged as the top three activities on which respondents spent the largest amount of money.

Among those surveyed, a little under three-quarters – or 73 per cent – of households had at least one person in full-time employment. Just over half the households (52 per cent) had monthly incomes of $100,000 or less.

Overall, males were more likely to report engaging in all of the main types of gambling activities over the course of their lifetime. Males in the younger age cohorts – specifically those between 25 and 29 (57 per cent) and those between 18 and 24 (47.2 per cent) – as well as those living in urban areas were significantly more likely to have high support towards gambling.

Older people were found to have grown into gambling. Lifetime engagement of lotteries and other similar games of chance generally increased with age. Fifty-seven per cent on those between 40 and 49 who gambled showed lifetime involvement while 57.4 per cent of those between 50 and 59 who engaged in such activities had done so over a lifetime.

The average age that most respondents first gambled was 18 years old.

Persons over 60 years and those between 18 and 24 years were found to be less likely than those in other age groups to report overall engagement in gambling activities in the past three to 12 months.

The information in the survey is expected to form a baseline study for gambling in Jamaica. The researchers say further study is needed to track behaviour and the prevalence of gambling and how it stacks up with other counties that have studied the problem.