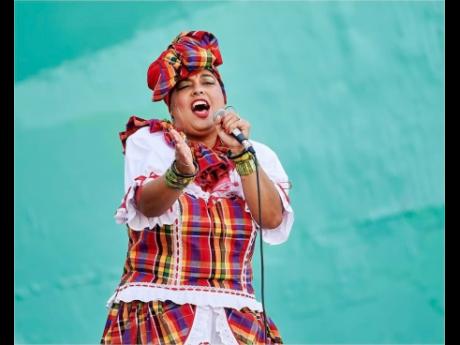 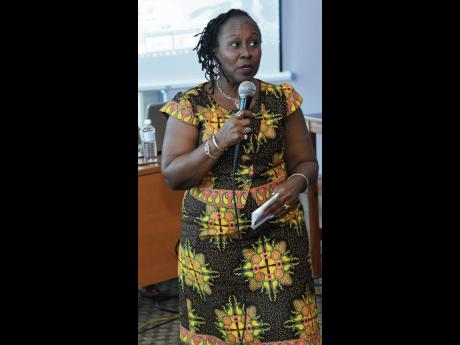 Tania Hernandez seizes every opportunity she can to celebrate Jamaica’s culture and her muse, Louise Bennett-Coverley. To do so at the Louise Bennett Square in Gordon Town, St. Andrew, at the upcoming inaugural festival honouring Miss Lou is a high point of her creativity. She will travel from Hamilton, Ontario to perform in Miss Lou’s hometown, paying tribute by reciting one of her monologues and singing a song she wrote specially for her.

Like Opal Palmer Adisa and the small team working to make the October 15 event a reality, Hernandez believes that Miss Lou is the mother of Jamaican culture and worthy of a festival in her homeland.

“Mi luv Miss Lou plain and simple. I am an avid and passionate student of Miss Lou’s works. I want to be among my people celebrating our Mother of Jamaican culture and international icon who laid the groundwork to make our culture and first language, Patois, recognized and respected at home and abroad,” Hernandez said.

Adisa, a professor, author, poet, and editor of the anthology, 100+ Voices for Miss Lou: Poetry, Tributes, Interviews, Essays, said Miss Lou is too important not to have a festival that’s homegrown, especially when Florida and a few other places have festivals about her.

“For us, it was important not only to celebrate Miss Lou, but to celebrate some of the things that were meaningful and valuable to her,” said Adisa who noted that the culture icon had left a formidable body of work as an ethnographer, folklorist, playwright, and songwriter.

“I thought that it was time that we in Jamaica honour her and have a festival for her. And also having done the 100+ Voices for Miss Lou, I wanted to continue to promote Miss Lou not in the very boxed way in which I think she has been seen as this comic. Even the way people do her poems, I think is very flat and one-dimensional, which is why on the cover of the book I have her as a warrior with a pen. And doing the festival is also promoting a much more multifaceted, nuanced image of Miss Lou that is not just the brash comic laughter, because behind that I think there was a very serious visionary and strategist.”

The lack of funding resulted in a scaling back of the festival, but that has not dampened the commitment of her five-member team and the Gordon Town Association.

Hernandez, whose moniker is Miss Tania Lou, said she too felt deeply that she needed to financially support the festival to keep the memories and works of Miss Lou alive.

“Our Jamaican proverb says, ‘One one cocoa full basket.’ So I thought that if I asked others to join me, and put together our ‘one, one cocoa’, the basket is going to be filled up. Mek sense, don’t it.”

So far, the Afro-Canadian Caribbean Association, Lyn’s Linstead Market, Hamilton Caribbean Women’s Group, and private individuals have donated a total of US$714.

The outdoor festival will showcase storytelling, poetry, dance, Merritones (music), a kiddies zone, arts and crafts, and memorabilia of T-shirts and cups which will be sold as a fundraiser to promote education, especially the Louise Bennett Primary School, a drama student at Edna Manley College of the Visual and Performing Arts, and students doing their Caribbean Secondary Education Certificate in drama.

Hernandez’ participation was endorsed by two key leaders in the Jamaican Canadian community. Fabian Coverley, co-executor of Miss Lou’s Estate, said, “Tania has demonstrated over many, many years to be devoted to the persona of Miss Lou, and what she represents to the people of Jamaica and the world. There have been many who have jumped on the bandwagon that Miss Lou steered. However, not many have stayed true to the course that Miss Tania Lou has demonstrated.”

Dr Pamela Appelt, co-executor of the estate, said the fact that this event is taking place during the 60th anniversary of Jamaica’s Independence speaks volumes.

“I am thankful to Prof. Opal Palmer Adisa for giving the opportunity to Miss Tania to display her talents as she joins with the other performers in keeping the memory of Miss Lou alive. Canada will be well represented by her presence and participation.”