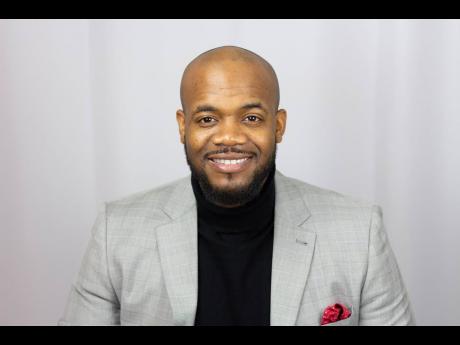 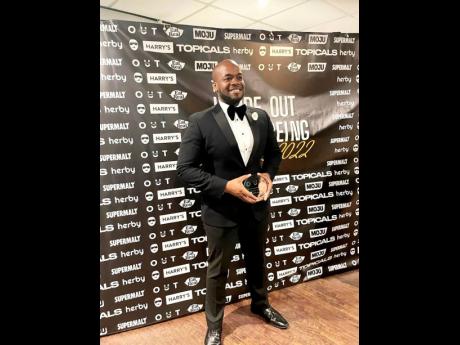 Contributed
Ontonio Dawson shows off his Therapist of the Year award from UK mental health service - Inside Out Wellbeing.
1
2

The World Health Organisation has designated October 10 as World Mental Health Day, with the World Federation for Mental Health setting this year’s theme as Make Mental Health and Well-being for All a Global Priority.

One in five women, compared to one in eight men, will report a mental health issue, and there is a concern that many men do not speak out or get help when experiencing a mental health problem.

Perhaps what makes for even starker reading is government data that shows that not only are black people four times more likely to be detained under the Mental Health Act than white people, but that also that out of 16 specific ethnic groups, it is black African Caribbean people who have the highest rates of detention in psychiatric hospitals.

On November 5, an online conference will seek to address some of these disparities in black mental health. Ontonio Dawson is the founder of the #Speak Black Man Conference, which made its online debut last year at a time when cases of mental ill health were at a peak due to the COVID-19 pandemic.

At age 13, Dawson was labelled as illiterate but went on to defy the odds by becoming a published author, award-winning black therapist, and a minister of the gospel. He knows what it is like to face a system that is often not in support of black men fulfilling their potential.

“Following the inhumane death of George Floyd in 2020 by the hands of law enforcement in USA, I was inspired to create the Speak Black Man Movement as a response to the issues black men often face in relation to mental health,” said Dawson.

He continued: “The conference is geared towards achieving upward mobility among our community while also strengthening the mind of black men through normalising conversations in mental health. For far too long, our black men have suffered in silence, and so this conference encourages our community of black men and women to break the stigma around accessing psychological support when it’s needed.”

Dawson, 32, a former police officer in the Jamaica Constabulary Force, grew up in Carterwood, Trelawny, later going on to study psychology at the University of the West Indies (UWI) before moving to the UK in 2016. There, he gained a degree from University Kings College and now practises as a cognitive behavioural therapist.

Such has been the positive impact of his work that he was earlier this year named Black Therapist of the Year by the Inside Out Well-Being Mental Health Service.

He told The Weekly Gleaner: “Being awarded therapist of the year 2022 was a great achievement, one that I am extremely proud about, knowing that I have only been in the UK six years and worked five years as a therapist. This award was given to me by Inside Out Well-Being, a mental health service that is a provider of culturally informed well-being workshops in the UK.

“I have been working assiduously as a therapist to support black men to access mental health support and raise awareness about mental health for everyone. This gave birth to my organisation, #SpeakBlackMan in 2020. I am so grateful that my work was recognised by Inside Out Well-Being.”

Dawson’s experience of working in the Jamaica Constabulary Force added to the time he spent working in Forensic Mental Health, supporting criminal offenders released from prison but diagnosed with personality disorders, has led him to make it his mission to reach out to black men who often are the most disadvantaged and stigmatised in matters relating to mental ill health.

With the full line-up of this year’s speakers yet to be confirmed, Dawson does expect it to be bigger and better. “It is very important that we prioritise our mental health. It is with the mind that we serve God, and it is the mind that gives us access to the greatness that is within us. Your mental health is your greatest wealth, so if you are overwhelmed or not feeling like yourself, seek help. It’s better to speak than to suffer in silence. It’s time for us to remove the stigmas around mental health and make it an everyday conversation in our society.”