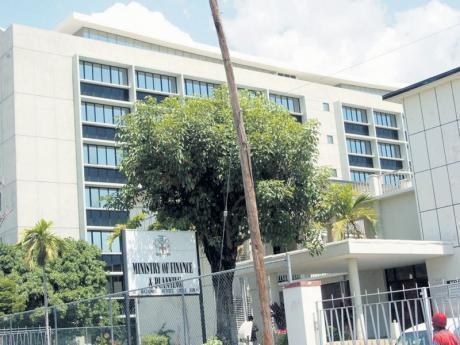 The ministry further stated that in constructing the single salary payment, it has taken into account all allowances that are being discontinued. - File photo

The Ministry of Finance has stated that it will not be recovering allowances that have already been paid to public sector workers, amid concern employees could be made to repay the sums under the new public sector compensation scheme.

Some allowances paid since April this year will cease under the Government's new compensation exercise, which retroactively begins at the start of the 2022-2023 financial year.

President of the Union of Technical, Administrative and Supervisory Personnel, St Patrice Ennis, had said his union had not signed on to the new wage scheme as it needed clarification on the issue of allowances already paid.

However, in a media release this afternoon, the finance ministry said there was never a plan to recover the sums.

The new compensation system seeks to provide a single salary payment to an employee that represents a basic salary and certain allowances, it explained.

The ministry further stated that in constructing the single salary payment, it has taken into account all allowances that are being discontinued.

"Statutory deductions paid and recorded for each employee for the Fiscal Year 2022/23 will need to be in line with computations under the new system. However, given the Government's guarantee of a minimum increase in net compensation, there won't be any requirements for employees to make any repayments of allowances already received," it said.

The ministry added that the gross compensation under the new system has accounted for the statutory deductions that will be due and for the minimum net compensation increase guaranteed by the Government for all public sector employees.