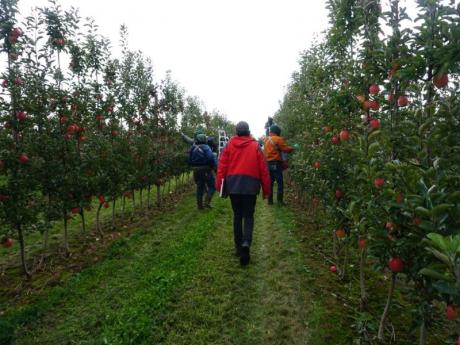 They want the Canadian government to provide undocumented and migrant workers permanent immigration status on arrival and when injured. - File photo

Two workers' organisations are set to lead a community rally in Toronto, Canada, on Saturday as they demand better treatment of injured migrant farm workers.

Injured Workers Action for Justice and Justice for Migrant Workers say the Workplace and Safety Insurance Board (WSIB) must abolish the practice of “deeming” for all injured workers and migrant farm workers.

"Deeming allows the WSIB to cut the wage loss benefits of injured workers by pretending (or 'deeming') that they are working and making money in a suitable job in Ontario. This practice of cutting benefits using fake wages by the WSIB makes injured workers disposable," the groups argue.

They say deeming, which was introduced in the 1980s, drives many injured workers into poverty.

They explain that migrant injured farm workers are most vulnerable to this practice because they do not have permanent legal status.

In addition, many migrant injured farm workers are reportedly forced to return to their home countries after being injured in Ontario.

"Migrant workers who become injured are forced to go back to their home country because the WSIB is unwilling to pay accommodation expenses for them to stay in Ontario and receive medical treatment. This causes delays in treatment that make their mental and physical injuries much worse than what they need to be," the groups say.

They want the Canadian government to provide undocumented and migrant workers permanent immigration status on arrival and when injured.

They say no one should be deported.