Resistance to proposal for mental harm in cybercrime law 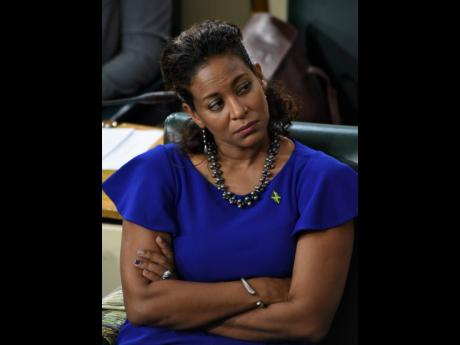 A parliamentary committee on Thursday said it could not accept a proposal by psychiatrist and government Senator Dr Saphire Longmore who wanted adjustments made to provisions in the Cybercrimes Act 2015 to take into account the mental harm to individuals who are subjected to online offences.

Longmore, who had suggested that sections (2) and (9) of the proposed statute be amended, said that the legislation would limit the level of damage to a mere psychological one.

“As we see where we are getting more and more enlightened with respect to mental-health issues and the consequences of actions that are sometimes not as fulsomely appreciated in the damage that can occur, I would suggest that we seek to put as broad a coverage as possible when it comes on to the possible damage that can occur to someone who is exposed to this risk in the space,” she told her colleague lawmakers reviewing the Cybercrimes Act 2015.

Senior Assistant Director of Legal Reform at the Legal Reform Department, Erica Simon, said that she appreciated the concern raised by Longmore to broaden the offence in the law.

However, she said because of how the term has been interpreted, “you may find that a person has suffered some kind of psychological or mental injury, but it’s not a recognised psychiatric illness”.

She said that mental injury or mental harm has not been defined in the local jurisprudence. However, the attorney who provides technical guidance to the parliamentary committee said that in other jurisdictions, the term is defined as being “clinically significant, behavioural, cognitive or a psychological function”.

Simon said that based on case law, mental injury is seen as a disturbance of the mind that is serious and prolonged and rises above the ordinary annoyances, anxieties, and fears that come with living in a civil society and may not be proved by medical evidence.

The attorney-at-law said that because the courts tend to view mental illness and mental harm as a recognized psychiatric illness, “which is not what we think would be the type of harm that would result from somebody being subjected to a cybercrime. We think it would be more appropriate to use psychological injury as opposed to mental injury”.

Acting chairman of the joint select committee reviewing the Cybercrimes Act 2015, Floyd Green, said that the law has interpreted ‘mental’ to be a defined mental illness, which would not capture the sort of psychological harm that Longmore highlighted.

“It appears to me that trying to use that terminology may defeat the purpose that you trying to get legally,” Green said.

Longmore later called for an overhaul of the Mental Health Act in Jamaica.

Green indicated that the committee would submit in its report to Parliament the recommendation by Longmore for the Government to amend the Mental Health Act.