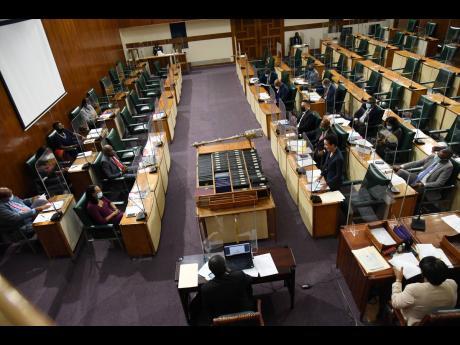 The vote means that the states of public emergency will expire next week. - File photo.

The Government's bid to secure an extension of the states of public emergency has been blocked in the Senate.

It did not secure the votes needed to have the security measures, which were imposed in seven parishes on Tuesday, November 15, go beyond the initial 14-day period.

At least one Opposition vote was needed for the measure to be extended.

This means that the states of public emergency will expire next week.

On Tuesday, the Government used its majority in the House of Representatives to approve the extension, which requires a two-thirds majority.

During the debate, Leader of the Government Business Kamina Johnson Smith argued that the states of public emergency have saved lives, citing a drop in murders in communities.

Johnson Smith charged that government has to act to preserve public safety and security and appealed to the opposition to extend the measures.

But, Leader of the Opposition Business Peter Bunting rejected arguments that the states of public emergency work.

Bunting further contended that the circumstances do not exist to support an extension.

He argued that opposition members took an oath to uphold the rights of Jamaicans and the Constitution and take that responsibility seriously.

Senators were facing mounting pressure from various groups in relation to how they should vote.

Human rights lobby Jamaicans for Justice (JFJ) had urged senators to reject the request for an extension.

The group argued that "political expediency is no justification for constitutional breaches", adding that the reasons given by the Government do not meet the constitutional threshold for a state of emergency to be declared.

Earlier on Thursday, 15 private sector groups urged the parliamentary Opposition to support the extension of the states of emergency until January 14.

The groups argued that the data demonstrate that SOEs can help to save lives.