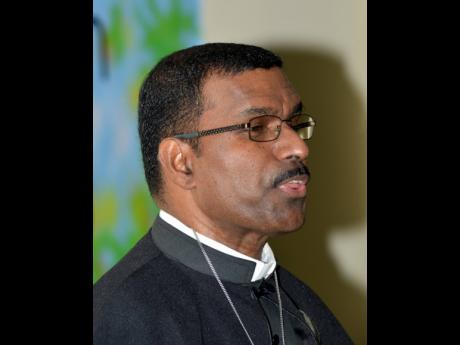 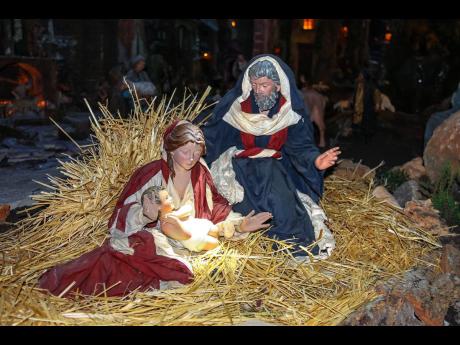 First off, Family and Religion must be commended for carrying that coverage last week on ‘The Revival Table – Feared but revered.” If we are going to do more than lip service and really make our motto true, then all religious, non-religious, and cultural voices must be represented. A more authentic sense of ourselves demand that we have more regard for the resilient traditions of our ancestors.

The liturgical season of Advent is here! The word ‘advent’ means ‘coming’ and recalls the first coming of Christ as a baby; and then to the future coming as judge and redeemer. Advent always begins on the fourth Sunday before Christmas.

Apocalyptic genre employs the use of catastrophic or dramatic events in nature such as earthquakes, lightning, thunder, eclipses, and so on. It is a way of drawing attention to the message and affirming the power of God.

Apocalyptic literature might be found in such texts as the Revelation of John, Matthew 24, Mark 13, and Daniel, among a few others. These writings were often a source of comfort to believers in times of persecution. Persecuted believers supported and strengthened each other as they affirmed the power of God to triumph over satanic forces. Sometimes those evil powers were experienced in the monarchical powers that be.

Advent is a wonderful time as people prepare not only for Christmas, but also the deeper experience of messages and themes of hope, peace, joy, love. People check upon the fruits soaking in wine in preparation for Christmas baking. Sorrel is secured and storage bottles are cleaned.

Advent also signals the church’s new year. The three-year liturgical cycle ended on the Feast of Christ the King, last week (the last Sunday before Advent), and the new one starts today when Cycle A begins.

The Prophet Isaiah speaks to a time of peace when there would be no more need for armour and battle gear when he stated in 2:4, “He shall judge between the nations, and shall arbitrate for many peoples; they shall beat their swords into plowshares, and their spears into pruning hooks; nation shall not lift up sword against nation, neither shall they learn war anymore.” It is easy to see the sense of hope and the anticipation of peace. The same thing is being celebrated in the chorus, “Am gonna lay down my burden, down by the river side”, in which the lyrics go on to note a laying down of sword and shield. Just imagine a Jamaica in which we were not so preoccupied with guns and various weapons of violence.

In Romans 13:8-10, the church reminds everyone, “Owe no one anything, except to love one another; for the one who loves another has fulfilled the law.” The commandments, “You shall not commit adultery; You shall not murder; You shall not steal; You shall not covet”, and any other commandment, are summed up in this word, “Love your neighbour as yourself.” Love does no wrong to a neighbour; therefore, love is the fulfilling of the law.”

The Gospel reading in Matthew 24:36-44 affirms the theme of preparedness. “But understand this: if the owner of the house had known in what part of the night the thief was coming, he would have stayed awake and would not have let his house be broken into. Therefore, you also must be ready, for the Son of Man is coming at an unexpected hour.”

Every time I have seen events such Katrina in New Orleans, Ivan on Grand Cayman, Ian in Florida, tsunami in Indonesia, Hurricane Dorian in The Bahamas, earthquake in Haiti and any context with mass deaths, I was reminded that the last day or last hour or unexpected hour may come at different times for different people in different ways. None of us knows when our time will come. We only know for sure that it is indeed appointed unto us that we will all die one day.

Advent and Christmas might be used as reminders for us to love one another more. Appreciate each other. Remember that judgment is not ours to give. Love is the ultimate gift as celebrated in the gift of the Christ Child. Peace and goodwill are still cherished states for the human community.

Justice is also a most significant message at Advent time. One of the psalms of Advent is Psalm 72 in which we read, “Give the king your justice, O God, and your righteousness to a king’s son. May he judge your people with righteousness, and your poor with justice.” It is a recognition that those in high and powerful places should always be agents of justice whose tool kit is filled with righteousness. Advent then is a time to just stop, look, listen, and be restored in the shalom of God.

In our Jamaican context, people have come to realise that holding on to the British monarchy is of no use to us really. Charles III is only king and monarch of Jamaica because of the circumstances of his birth. We now know that any affirmation of human dignity would demand that we be in charge of ourselves.

Justice and human dignity also mean that the state is tasked with protecting the lives of citizens in wholesome and just ways. All lives should be equally affirmed in practice. The yard clothes man in central Kingston is just as important as the business suit man uptown! The Advent prophets are speakers for justice. A blessed Advent to all.

We will also have a look at the liturgical season of Christmas. Look out for this in What is Christmas? What is Christian about it? What are your thoughts? Do we need to get all worked up about any pagan resonance?

Fr Sean Major-Campbell is an Anglican priest and advocate for human rights seanmajorcampbell@yahoo.com