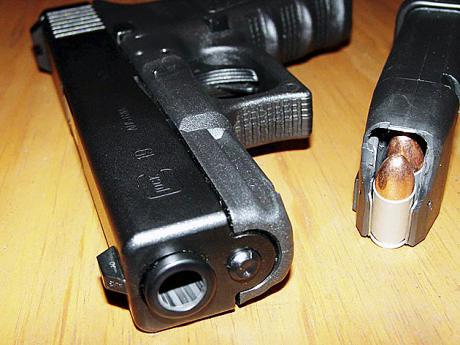 Their court dates are being finalised. - File photo

Six people have been arrested and three guns and assorted ammunition seized following operations by the security forces in St Catherine, St Andrew and Westmoreland.

Twenty-five-year-old farmer Michail Wright, otherwise called 'Migs', of Pipers Corner, Westmoreland was charged following the seizure of a weapon and several rounds of ammunition during an operation in the Petersfield community in the parish on Saturday.

The Savanna-la-Mar police say about 1:45 a.m., a police team was patrolling the area when a man was seen acting in a manner that aroused their suspicion.

He was accosted, searched and one CZ pistol fitted with a magazine containing eleven rounds of ammunition was allegedly found in a bag he was carrying.

He was arrested and subsequently charged.

Meanwhile, an Arcus pistol fitted with a magazine containing nine rounds of ammunition was seized by a police-military team on Westport Avenue in Riverton City, Kingston 11, on Saturday.

A man was taken into custody in connection with the seizure, however, his identity is being withheld pending further investigations.

In St Catherine, a joint police/military team conducted an operation in Gulf Lane, Spanish Town on November 20, during which a Smith and Wesson pistol and thirty-seven rounds of ammunition were found.

The occupants of the house in which they were found were arrested.

They are Sean Wallace, 41; Bernard Whittle, 49-year-old carpenter; Zandae Whittle, 19-year-old welder; and a 17-year-old girl, all of Gulf Lane.