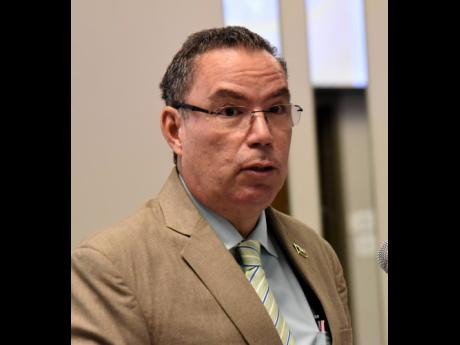 THE Ministry of Science, Energy and Technology is to have the national broadband network being established declared a national development project.

Portfolio Minister Daryl Vaz said that “currently, the ministry has crafted a submission, which is soon to be brought to Cabinet, and once approved, to Parliament. Our intention is to move apace to have this national network established, with an ambitious but achievable timeline of 2026”. He was speaking at a recent meeting of the Rotary Club of St Andrew at Pollyanna Caterers in Kingston.

The national broadband network aims to have every household and every community connected to the Internet. Under the initiative, Jamaicans will be provided with a minimum level of broadband speed as a basic requirement and will see high-speed broadband being provided as close as five kilometres to most homes and businesses.

A national broadband strategy is being crafted with the support of the European Union (EU) to support the islandwide broadband network. Minister Vaz explained that declaring the broadband network a national development project is significant as “it signals the agreement in Parliament, by both sides, that this is an important initiative and then by virtue of that designation, it will allow us to move swiftly through the procurement”.

“So the Government saw this as one of the critical plans if we are to recover better and build back stronger coming out of COVID-19,” he added, noting that the intention is to have the national-project designation realised before year-end.

Stating that development of the national broadband network will be a “game changer for the future of Jamaica”, the minister said it would further drive the fiscal, economic, and social growth of the nation and … incentivise private-sector service providers in bringing Internet access into all communities across the island”.

“It deepens access as it means that the private sector has a greater incentive, a shorter distance, and, in fact, no excuse to not carry Internet into every community possible,” Vaz added.

Meanwhile, educational institutions and key government entities, such as parish courts and municipal corporations, have already been connected under the broadband initiative.

Minister Vaz said that an emergency broadband backbone, which covers more than 80 per cent of the country, has been built out with the support of public and private-sector investments totalling more than US$2 million.

To date, more than 90 schools have been connected via this network, with all parish courts and municipal corporations connected via fibre.