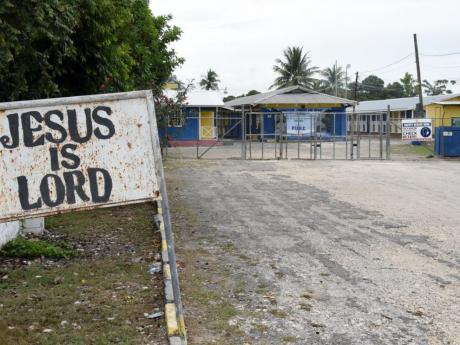 A Television Jamaica (TVJ) videographer and a Gleaner reporter were attacked by a community agitator while covering a protest by teachers at Homestead Primary School in Spanish Town, St Catherine this morning.

The offender walked into the video shot while the cameraman and the Gleaner reporter were trying to interview acting chairman of the board, Mark McLean.

The man walked up to the TVJ journalist and grabbed his camera, damaging the mic cable and breaking the microphone.

He then slapped the videographer on the face and continued to grab at the camera, using expletives as he advanced.

"Mi nuh tell you no put no camera on me, bwoy. Mi a go mash up (expletives redacted)," the attacker said.

He then proceeded to approach the Gleaner reporter but was restrained by a councillor and McLean.

The attacker then issued death threats to both journalists before he was ushered away by parents who intervened.