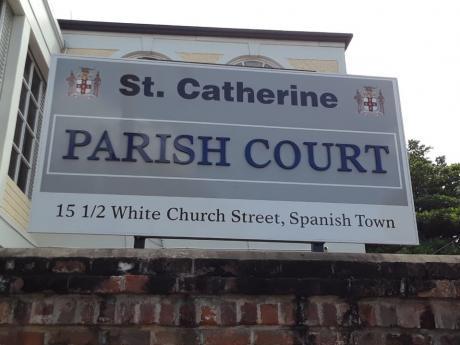 Their bails were extended when the y appeared in court on Tuesday. - File photo

The two St Catherine men who are charged for unlocking a safety gate near Dam Head in Spanish Town are set to reappear in the St Catherine Parish Court on January 25, 2023.

They are 45-year-old excavator operator, Glenroy Denton, and 52-year-old labourer, Garth Brown, both of Bog Walk addresses in St Catherine.

They are charged with malicious destruction of property, breaching the Disaster Risk Management Act, conspiracy to destroy Government property and accessory before and after the fact.

Their bails were extended when the y appeared in court on Tuesday.

It is alleged that on September 26 both men were seen cutting the padlock at the entrance to the Bog Walk Gorge, which was closed after the Rio Cobre overflowed its banks.

Denton was arrested first and Brown subsequently turned himself in to the police.

Both men have declared their innocence to the court, citing mitigating circumstances.