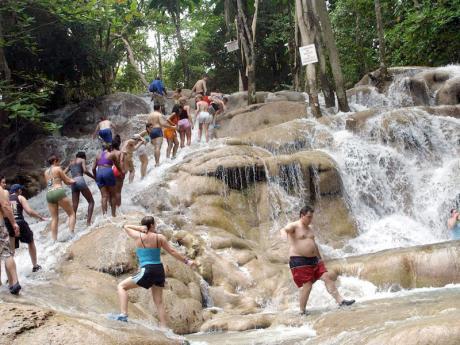 The UDC said all attractions will resume regular operations on Saturday while its offices will reopen on Monday, December 5. - File photo

The Urban Development Corporation (UDC) has announced it will be closing some of its offices and attractions, including Dunn's River Falls in St Ann, on Friday, December 2.

The UDC said in a media release Tuesday afternoon that the closure is to facilitate a staff event.

Among the offices being closed are the UDC's head office in Kingston and its Negril and Montego Bay offices; its subsidiary, the St Ann Development Company and Runaway Bay Water Company and its commercial office in Caymanas, St Catherine.

Reach Falls in Portland; the beach at Harmony Beach Park in St James; Long Bay Beach Park 1 in Negril and Bluefields Beach Park in Westmoreland; and Dunn's River Falls and Park, Ocho Rios Bay Beach, Turtle River Park and Green Grotto Cave and Attractions in St Ann, are the attractions which will be closed on Friday.

The UDC said all attractions will resume regular operations on Saturday while its offices will reopen on Monday, December 5.