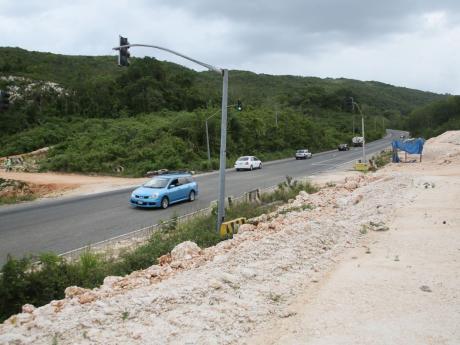 Traffic changes in Melrose Hill, Manchester have been extended by three months as more time is needed to complete the road works.

The adjustments, which took effect in May, were slated to come to an end today, but the National Works Agency (NWA) says this has been pushed back to February 2023 in the interest of the major upgrading project.

The traffic changes, which were put in place to facilitate the construction of a box culvert, included the closure of a section of the Melrose Hill Bypass.

Manager of Communication and Customer Services at the National NWA, Stephen Shaw, says the extension of the traffic changes was approved as the works being done as part of the Southern Coastal Highway Improvement Project are incomplete.

The works being done along the Melrose Hill Bypass are being implemented by the National Road Operating and Construction Company (NROCC) and form part of the project to extend the East/West Toll Road from May Pen, Clarendon to Williamsfield in Manchester.

The existing Melrose Hill Bypass is being upgraded to four driving lanes.

Shaw is reminding motorists that resulting from the closure, traffic from Porus towards Williamsfield will continue to use a limited section of the existing Melrose Bypass.

Traffic from the direction of Williamsfield towards Porus will be redirected from the round-a-bout to the Old Melrose Hill roadway.

The NWA says the Old Melrose roadway will continue to facilitate two-way traffic for the benefit of communities.