We must be committed to reshaping values, norms – Terrelonge 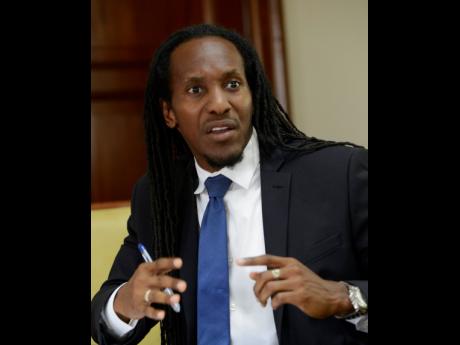 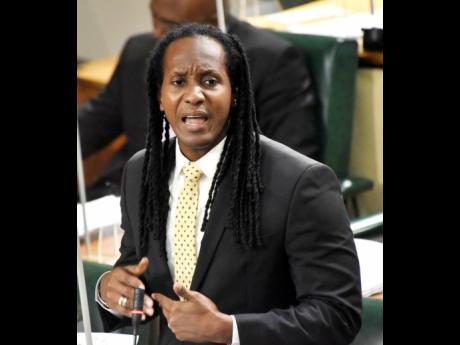 Minister of State in the Ministry of Culture, Gender, Entertainment and Sport, Alando Terrelonge, is calling for the reshaping of cultural norms and values, as part of efforts to reduce and eliminate gender-based violence in Jamaica.

Consequently, he added, “As a nation, we must be committed to reshaping the values that exist in Jamaica. A nation that raises children with violence can only be a nation that is prone to violence; violence is never the response,” he emphasised.

Terrelonge made the remarks while delivering a message on behalf of portfolio minister, Olivia Grange, during Sunday’s commemorative church service to mark International Day for the Elimination of Violence against Women (IDEVAW). The service was held at Fellowship Tabernacle in Kingston.

He said reshaping values and norms must start within the family, noting that “We must ensure that our young men understand that it does not mean that you must beat your woman to be a man.

“Our young men must also understand the importance of their roles as fathers, as family men within the household, and not to take themselves out of the household and leave the business of childrearing just to women,” Terrelonge added.

He further stated that the society’s young men must also understand that having children with multiple women “does not make them a man”, pointing out that “these are some of the cultural values that we need to reshape in Jamaica”.

Terrelonge said women must similarly understand that there is no excuse to subject themselves to abuse by men.

“He cannot hit you with the right hand and then love you with the left hand, and you feel comfortable in that situation. So we recognise that counselling is also important and we call upon the Church, because the Church must play a pivotal role in reshaping that narrative and helping our men and women get the help that they deserve,” the state minister underscored.

Meanwhile, Terrelonge said the introduction of paternity leave next year represents a paradigm shift in the Government’s policies.

“The importance of paternity leave, we believe, is a game changer in how men and women relate in the home. It is our hope, based on the research that has been done, that this, too, will serve to reduce and eliminate instances of gender-based violence within the home,” he said.

He said the leave will allow the males to play a greater role in the home, while building and fostering stronger relationships with their newborns.

Paternity leave is slated to come into effect in January 2023.

IDEVAW and the 16 Days of Activism against Gender-Based Violence (GBV) are observed from November 25 to December 10 annually.

This observance includes World AIDS Day on December 1, International Day of Persons with Disabilities on December 3, and International Human Rights Day on December 10. The observance of IDEVAW creates awareness of all forms of violence against women and girls, and the impact on Jamaica’s development. Sunday’s church service was also attended by permanent secretary in the ministry, Denzil Thorpe; senior director, Bureau of Gender Affairs, Sharon Coburn Robinson, as well as representatives of the Jamaica Fire Brigade.