Bolt statue left in the blocks 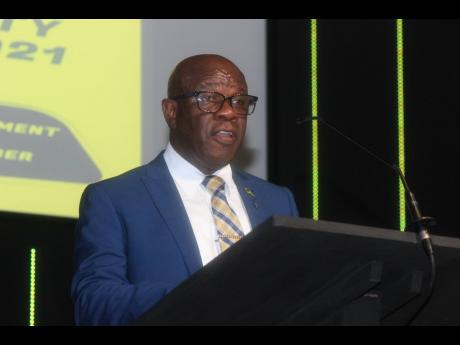 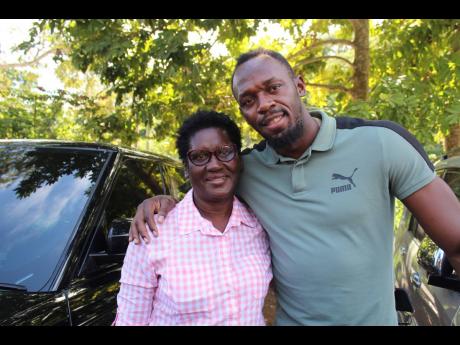 The long-promised installation of a statue in Water Square, Falmouth, to honour Trelawny sprinting legend Usain Bolt will miss yet another deadline.

At September’s Trelawny Municipal Corporation meeting, Falmouth Mayor Collen Gager had announced that the monument for the men’s 100m and 200m world records would be unveiled during the annual Christmas tree-lighting ceremony on December 14.

But, with the deadline two weeks away, the mayor confirmed to The Gleaner that those plans have fizzled.

“There will be no statue,” Gager said without giving details on Tuesday when asked about the plans for the night.

Phillip Service, a councillor in the municipality, said he was not aware of the reason for the latest setback.

“I don’t know what to say,” Service said when The Gleaner made contact. “Maybe they have not gotten the money to do the work. I really don’t know.”

Jennifer Bolt, Usain’s mother, did not seem surprised by the latest delay.

“I cannot say I am disappointed. This postponement is an everyday occurrence,” Bolt said. “Until I get something in writing with a signature, I will not be planning to attend any instalment.”

Gager had previously told The Gleaner that he had two meetings with the culture and sport ministry and a representative from the Jamaica Defence Force, who would have been working with the municipality to handle the installation.

But no decision was arrived at after those meetings, the mayor said, indicating, “We are having some challenges.”

Lorna Thorpe, a physical education teacher at the William Knibb Memorial High School when Bolt was a student there, was crestfallen by news that the plans have yet again fallen through.

“I am so disappointed. This has been promised since 2019. Every time there is an excuse not to have it. It seems like Trelawny people have to get up and plan something for us to honour Usain,” she told The Gleaner.

In 2008, then Trelawny Chamber of Commerce Dennis Seivwright president had sought permission from the then-named Trelawny Parish Council to have busts of parish athletic powerhouses Bolt, Michael Frater and Veronica Campbell-Brown installed in Water Square following their exploits at the Beijing Olympic Games, but he was not granted permission.

“It was not going to cost them anything, yet they refused,” said Seivwright, who said he had secured sponsors for the project. “Now they keep putting off the installation of Usain’s statue. I am so disappointed and we cannot get a reason for the delay.”

Former Custos Paul Muschett has welcomed the idea of a statue for Bolt, but not at the proposed site.

“It would be a good thing for the town. I, however, do not support interfering with the heritage surrounding the fountain,” said Muschett. “There are other spots in Water Square that can accommodate the statue without troubling the fountain.”

In September, Gager had said that the statue would have a water-and-light feature.

“How can you have statues of the icon in other countries yet none in the parish of his birth,” asked Reverend Wayne Smith, of the Falmouth Circuit of Baptist Churches, weighing in on the delay. “It is high time that they fulfil the promise made.”