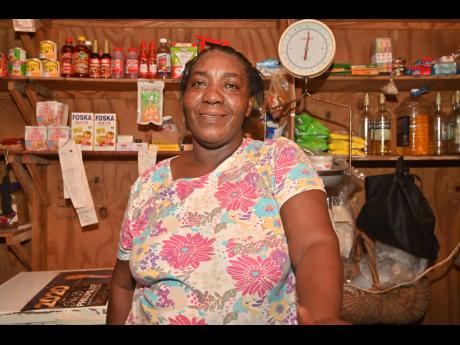 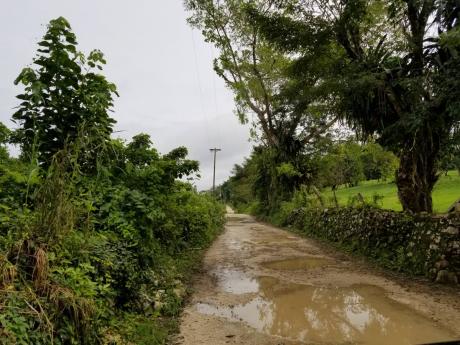 Contributed
Flooding is one climate impact that affects the community. 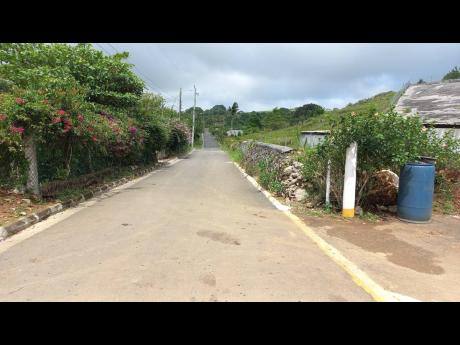 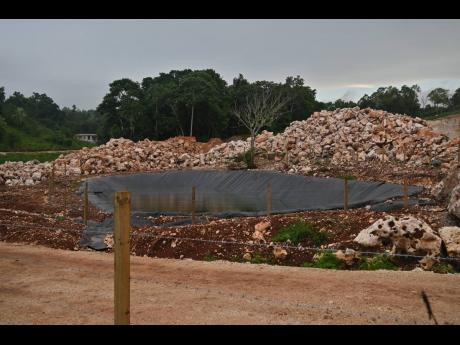 Contributed
A hydroponics plant is being constructed in Epworth. Developers say the rehabilitated road was a major factor in selecting the location. Hydroponics has been put forward as a solution to combat climate change, to reduce the environmental damage and species extinction caused by overexploitation and intensive farming.
1
2
3
4

THREE YEARS ago, people were moving out of Epworth – a small farming village 8.6 km from Ocho Rios in St Ann – due to the deplorable condition of its only access road and the attendant lack of economic opportunities.

Fast-forward to 2022, and the almost 200 residents are boasting of the newly rehabilitated 3.1 km road from Davis Town into the community and the influx of opportunities and resilience now being experienced.

“A dis yuh call development,” said Edris Taylor, a shopkeeper in Epworth, who everyone calls ‘Precious’. “One time, if yuh ask a vehicle fi carry yuh, dem a charge like $3,500, $4,000, just from St Ann’s Bay fi come up here, and dat a just from Davis Town!”

It is a difference that was sparked thanks to the Caribbean Development Bank’s (CDB) Basic Needs Trust Fund (BNTF), which provided some $1.8 million to the Jamaica Social Investment Fund (JSIF) to finance the road rehabilitation.

This came after the community, through the Epworth Police Youth Club and Epworth Community Development Council (CDC), applied to JSIF for financing to repair the road. The community contributed over $4 million in labour and related costs. The project was approved in March 2020, and the work completed by December 2020.

The new road, coupled with the community’s proximity to popular, nearby tourism sites, has markedly improved the property value and appeal of the community.

“A lot more persons are coming in since the road has been fixed,” he said. “They want land to buy, but they’re not getting it. A lot more are coming in to get produce to buy as well, like Irish potatoes, so I’m going to extend my farm and go into Irish potatoes in the next couple of months.”

JSIF said there was “a significant reduction” in crop production in Epworth over the last 15 years because of the deplorable road conditions. It estimates that the improvement of the road surface is likely to increase crop production by 25 per cent, as farmers can transport their crops and input materials more efficiently. Further, according to JSIF, the drainage channels on the road had collapsed, the wearing course had eroded, and the sub-base was virtually nonexistent.

These days, those who had fled are moving back, and the primary school’s enrolment numbers are climbing. On top of that, a multimillion-dollar hydroponics farm is being constructed – a decision the developers say was partly based on the much-improved road conditions.

At a meeting of the CDC, residents collectively reiterated their gratitude for the repairs and expressed their ownership of, and commitment to maintaining, the road because “we don’t want to go back there”. They’re serious too, having reported a company to the St Ann Municipal Council when they noticed the heavy equipment using the road.

“One of the things that contributed to the strong sense of community ownership, I think, has been the community-driven nature of the project appraisal process, where extensive consultations were done with community representatives and other stakeholders. The voices of the community persons were sought, heard, and incorporated into the project design. So, at the end of the day, it was truly their project,” explained Richardo Aiken, community development specialist at the CDB’s BNTF.