Floyd Grindley not a signatory on company's bank account – Petrojam 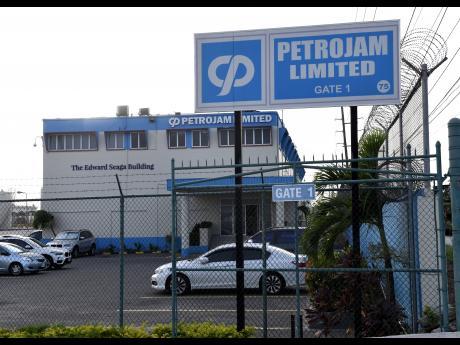 The offices of the state-owned oil refinery Petrojam on Marcus Garvey Drive in Kingston. - File photo.

The state-owned oil refinery Petrojam says it is not aware of claims that former General Manager Floyd Grindley still has access to a bank account belonging to the company.

Grindley and former Petrojam chairman Dr Perceval Bahado-Singh are being tried on fraud charges in relation to overseas travel allowances amounting to US$73,620.

In the Kingston and St Andrew Parish Court on Wednesday, Grindley's attorney King's Counsel K.D. Knight suggested that he remains a signatory on the company's bank account and, up to last month, was still able to check the account which had in it more than US$19 million.

Knight made the suggestion during his cross-examination of Petrojam's chief financial officer, Delroy Brown, who denied that Grindley was still a signatory.

Brown testified that while it was the financial treasurer's duty to ensure that Grindley's access was lifted, he said that the ultimate responsibility lay with the company's general manager.

In a statement this afternoon, Petrojam dismissed that Grindley remains a signatory.

It explained that in May 2019, the company advised its financial institution of the authorised signatories to the account as follows:

According to Petrojam, the bank was advised in said correspondence that it superseded any previous authorisations sent.

Petrojam says this online access does not facilitate any transaction.

“We wish to note that all our banking transactions require two authorised signatories.”