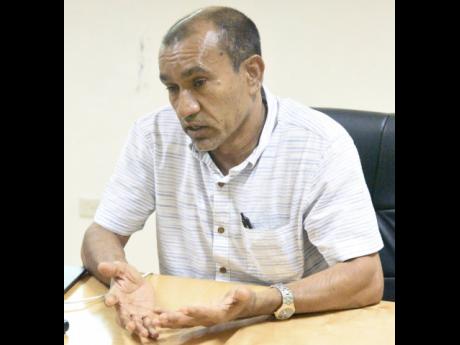 File
Moses Chybar, president of the Westmoreland Chamber of Commerce and Industry.

THE NATIONAL Workers Union (NWU) and the Jamaica Household Workers Union (JHWU) have embraced a recommendation from at least one private sector leader who has urged employers to pay their workers above the government-regulated minimum wage of $9,000 per week for all categories of workers, except for security guards.

In fact, Elaine Duncan, president of the JHWU, has gone a step further to suggest that the minimum wage should be set at $15,000 per 40-hour workweek, a figure she said represented a liveable salary.

“I am in agreement with that recommendation for persons who can afford to pay over the minimum wage to do so,” Duncan said in a Gleaner interview. “They (employers) have seen for themselves the expenses with which workers are faced as they struggle to survive on their meagre pay.

“People are out there who want to work and some of us business people, you know what we do, even though we can afford to pay more, we pay them minimum wage,” said Moses Chybar, president of the Westmoreland Chamber of Commerce and Industry, in an interview with The Gleaner. “Minimum wage cannot feed anybody, so I am appealing to you, my business colleagues, if you can pay more than the minimum rate, pay it.”

He made that suggestion as part of the solution that will, among other things, encourage people to work and bring an end to the labour crisis in the country.

Khurt Fletcher, island supervisor at the National Workers Union, has thrown his support behind the need for employers to pay more, pointing out that this has long been the call from unions, but has not been embraced.

“Quite frankly, we have been forever in support of that position, especially in the tourism industry that generates so much money,” Fletcher said. “We have been saying so for especially the hotel community for those who we have unionised, that they ought to be paying their workers more.”

On Tuesday, the US dollar exchange rate was at 154.18, which would work out to US$58.30 when calculated against the $9,000 minimum wage at which Jamaicans are being paid for their services. Using that benchmark of the minimum wage, Fletcher said hospitality workers are not being compensated properly, as they are earning less than US$4,000 per year before their statutory contributions are deducted.

“That is cruelty, especially in the face of what the workers have to go through,” the NWU island supervision charged.

He claimed that for workers at a particular hotel, when they travel from where they live in rural St James, they have to find taxi fare, which amounts to a minimum of $1,500 per week from downtown Montego Bay to the hotel.

“That is at the lower end of the scale, not counting the cost from their home to the parish capital. Therefore, that alone takes $6,000 out of their minimum wage income,” Fletcher argued.

Earlier this month, Robin Russell, the newly elected president of the Jamaica Hotel and Tourist Association, cautioned against demands for increased salaries in the hospitality industry at this time.

Russell, who is also the general manager at Deja Resort in Montego Bay, argued against increasing wages as it could make the sector less attractive to investors, owners and operators who, he said, are already paying workers less in other destinations where the vacation cost is cheaper.

“We have to be careful that an additional expense will not make us uncompetitive,” Russell said when speaking with business leaders recently at the Montego Bay Chamber of Commerce and Industry Business Expo 2022 at the Montego Bay Convention Centre.

“Please note when we speak about increased salaries, that Jamaica competes with the rest of the world, especially places like the Dominican Republic and Mexico, which have lower rates in employment wages and lower hotel rates,” the hotelier warned.