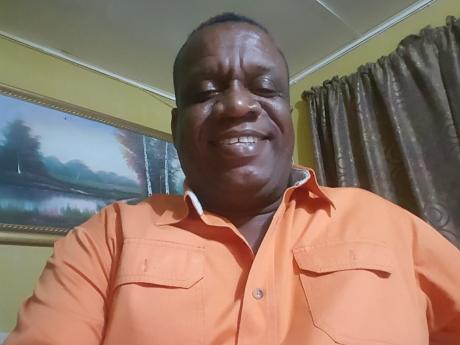 Peart died in a crash along the PJ Patterson Highway in St Catherine on Thursday night. Peart, a past student of Clarendon College, had been the daCosta Cup assistant manager since 1994. - Contributed photo.

What should have been a day of final preparation and celebration ahead of Saturday's daCosta Cup final, has morphed into a day of mourning for the Clarendon College daCosta Cup football team as it now grapples with news of the death of the team's assistant manager, Neville 'Manny' Peart.

Peart died in a crash along the PJ Patterson Highway in St Catherine on Thursday night.

The police say Peart was killed in a two-vehicle crash about 9 p.m., but further details were not yet available.

Peart, a past student of Clarendon College, had been the daCosta Cup assistant manager since 1994.

The Gleaner understands that Peart's last encounter with the team was mere hours before his tragic demise.

"Manny went to visit the boys who are camping in Kingston, bringing supplies as he always does. He shared a meal with his fellow management members and decided to set out for Clarendon late last night. We are all shocked and saddened by this horrible news, and we ask you to keep his family, friends and the team he loved so dearly in your thoughts at this time," said a Clarendon College memo on Friday.

Peart, a businessman who hailed from Hayes in Clarendon, is described as a humble humanitarian to whom the well-being of Clarendon College players was paramount.

Councillor for the Hayes division Scean Barnswell, who is also a friend of Peart, told The Gleaner that the Hayes community, the school and everyone who knew Peart are heartbroken by the tragic death of the football enthusiast.

Barnswell, also a Clarendon College past student, said Peart had shared a moment of reflection with the players earlier on Thursday and described Peart's death as untimely.

"I hope that his death will not affect the boys from winning the daCosta Cup on Saturday, and I hope the boys will treat it as a memory, and [play] in his honour," said Barnswell.

In May last year, the school's bus driver Keith Dunkley was also killed in a motor vehicle crash.

Up to November 29, a total of 429 people were killed in road crashes across Jamaica.