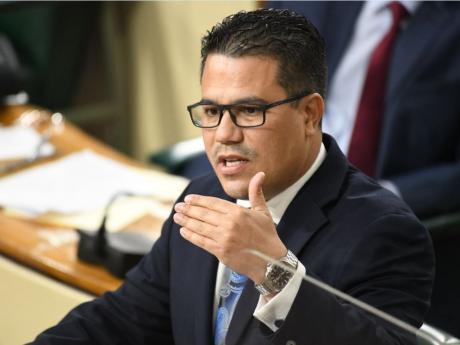 Minister Without Portfolio with responsibility for the Environment, Matthew Samuda. - File photo.

The Natural Resources Conservation Authority Act (NRCA) and the Wild Life Protection Act are to be amended before the end of the current parliamentary year to increase fines and penalties for breaches of the laws.

Minister Without Portfolio with responsibility for water, the environment and climate change, Matthew Samuda, told his colleagues in the Senate today that the Government will move to create ecologically-sensitive areas under the NRCA Act.

Samuda said that this will provide a greater level of protection for areas with particular environmental sensitivities.

In his contribution to the State of the Nation Debate in the Upper House on Friday, Samuda said that the administration has already identified 16 such areas of which nine are located in coastal zones.

He said that the first such location will be the Great Bay Area in South West St Elizabeth.

“This will mean that activities such as mining will not be permissible in these designated areas.”

The SPAW protocol follows an ecosystem approach and supplies a unique legal framework for the conservation of the region's biodiversity.

According to Samuda, Jamaica has not been able to accede to the protocol and be fully compliant with its intent for 32 years because of the failure to amend the Wildlife Protection Act.

He stressed that the Government will address this legacy issue before the end of the legislative year.

Turning to other proposed laws being pursued by the Government, Samuda said that the Environmental Impact Assessment regulations and the Beach Access policy will be completed shortly.