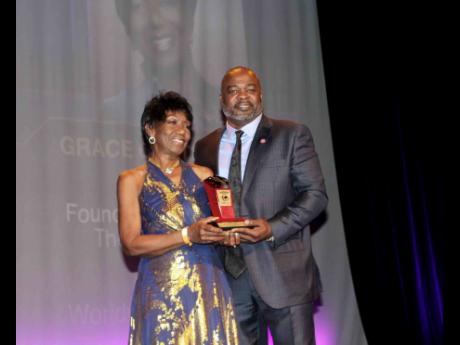 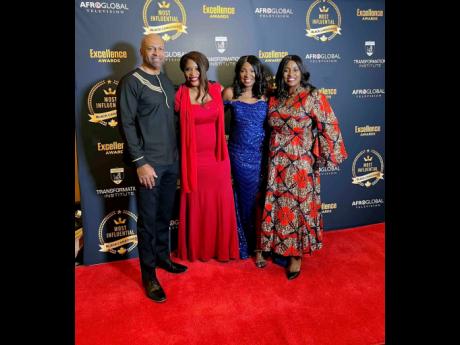 Grace Carter-Henry Lyons is founder and musical director of Heritage Singers (Canada), and seemingly is revered in equal portions as a CitiBank Canada banker and a real estate professional in the Re/Max Hall of Fame.

That is the magic of the Jamaica-born Lyons, who traverses her business industries effortlessly with stellar performance and discipline. But it is the work and impact of the melodic Heritage Singers, her brainchild, that garnered her the 2022 Heritage Award at the Excellence Awards organised by Afroglobal Television on October 29, at the Meridian Arts Centre, in Toronto.

“To me, the receipt of this Heritage Award means recognition and appreciation from not only the Caribbean community, but the African and global community as we lovingly interface, interact, worship, and share our cultural values,” Lyons told The Gleaner.

The Heritage Singers’ music is steeped, unmistakeably, in Jamaican culture, tradition, and nostalgia of simpler times.The group of dedicated members reflects, too, the Canadian mosaic, their repertoire ranging from sacred to secular, and includes work songs, lullabies, seasonal ditties, and perennial ballads. They have performed worldwide, including in Holland, Germany, Taiwan, Mexico, and Venezuela.

Lyons studied piano in Jamaica through The Royal School of Music (London, England) and was tutored in singing by the late Joyce Britton, a Julliard School of Music graduate.

She served for 15 years in the banking industry, including management, and has been a realtor for the past 35 years. She has also received the Black Business and Professional Association (BBPA) Harry Jerome Award for Business Excellence, the Women of Excellence Award from the Congress of Black Women, and was recognised in the Who’s Who of Black Canada. She is also on the board of directors of the Community Folk Arts Council of Metropolitan Toronto.

Fifteen other excellence awards were given to individuals in various capacities. The 100 Most Influential Black Canadians: Celebrating Black Brilliance was also a feature at the swanky event, which attracted top-tier black community business and organisations leaders, politicians, sponsors, stakeholders, and well-wishers.

In his publisher’s note, Moses A. Mawa, publisher and CEO of Afroglobal Excellence Magazine, themed: The Pulse of A Determined People, says: “The sixteen recipients of each year are role models for youth in the Crossover Mentorship Program. The premier cable network also runs the 100 Most Influential Black Canadians initiative, who are celebrated at this year’s Excellence Awards gala. This new initiative features high achievers in all sectors across Canada … . My hope is that it will inspire you to aspire to achieve more before you expire.”

Mawa and his wife, Patricia Bebia Mawa, executive vice-president of Afroglobal Television, are at the helm of the 24-hour superchannel that ‘informs, empowers, uplifts, and entertains’, with programming focused on Africa and the diaspora. The channel reflects the experiences of people of African descent. Excellence, Destiny, Envision, Diversity, Legacy, Discover and Afroglobal are brands associated with Silvertrust Media and the Transformation, a non-profit institute that runs the Crossover Mentorship Program.