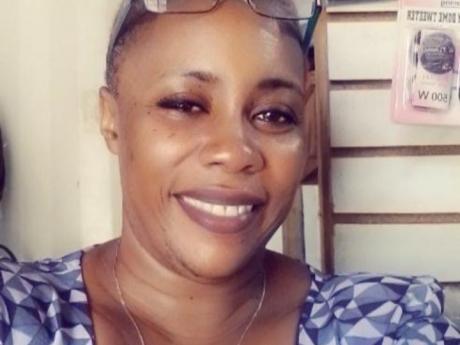 The family of 44-year-old Ann Marie 'Ingrid' Messam of Palmers Cross in Clarendon is desperately seeking the public's assistance to locate her.

The May Pen police confirmed that Messam, a sales representative, was reported missing on her birthday on November 4.

Her mother, Pauline Walters, told The Gleaner that while the family has been on tenterhooks since Messam's mysterious disappearance, they are clinging to hope.

According to Walters, she was made aware of her daughter's disappearance via an phone call from overseas.

"The person called me and sey if mi nuh see sey them kill Ingrid because them send some money to her and she didn't collect it," Walters said.

Quizzed on why the person would suggest her daughter was killed, Walters said she didn't know.

Following the phone call, Walters said she went to Messam's home, where she lives with her husband and two children of her three children.

Messam's husband confirmed that she left for work on the morning of November 4 but did not return home.

Walters said she is yet to contact her daughter's employer, stating that she is unable to disclose the reason.

"I know something is wrong because anywhere she going, she tell her mother, so she would call me by now," said Walters about her daughter who also has a 3-year-old.

Walters said the family's woes are compounded by the fact that members could not revel in the usual festivities for Messam's birthday on November 4.

She said Messam's siblings are having a hard time coping with the uncertainties surrounding their sister's whereabouts.