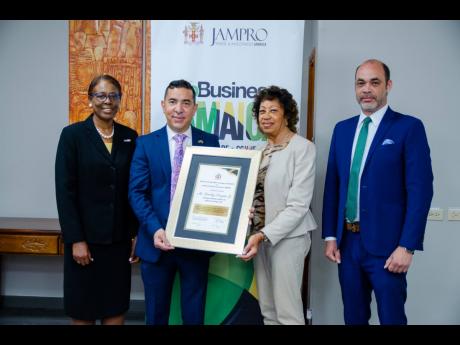 Bindley Sangster II has been appointed Jamaica’s honorary investment adviser (HIA) for the state of Georgia in the United States by the Jamaica Promotions Corporation (JAMPRO), an agency of the Ministry of Industry, Investment and Commerce, and the Ministry of Foreign Affairs and Foreign Trade (MFAFT). Sangster will work to promote Jamaican investment opportunities in Georgia and will facilitate business connections to attract investments to Jamaica.

Sangster brings a large business network and business acumen to the HIA post. He is the CEO of Sangster’s Coffee, has previously worked with Panasonic Avionics Corporation, and is a member-at-large of the Jamaica Chamber of Commerce, Atlanta, a release notes.

The grandson of Sir Donald Sangster, Jamaica’s second prime minister, Sangster views the role of honorary investment adviser as adhering to his grandfather’s ideals of service to Jamaica.

A veteran of the United State Air Force and a member of the Advisory Committee of the Aviation Institute of Maintenance, he also works to identify opportunities for students within the aviation industry, and to create specialised training programmes.

As Jamaica’s honorary investment adviser, Sangster will use his wealth of knowledge and network to forge linkages and connections between the state of Georgia and the Jamaican business landscape, as well as assist potential investors with navigating both markets to generate more investment interest in Jamaica.

The HIA initiative is part of JAMPRO’s and the MFAFT’s Economic Diplomacy Programme, which is designed to enhance Jamaica’s international visibility as a destination for business and investment.