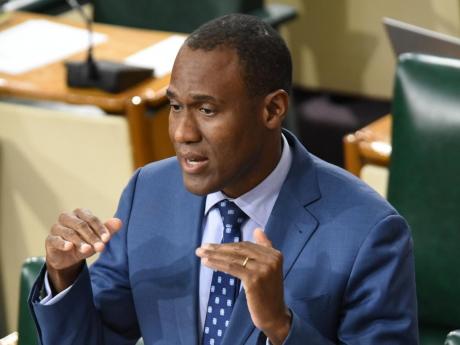 The effective date for the new compensation system is April 1, 2022. - Ian Allen photo

The Second Supplementary Estimates of Expenditure which transfers $30.4 billion from contingencies to various ministries, departments and agencies for the payment of retroactive sums to public servants in December under the new compensation system was tabled in Parliament and referred to the Public Administration and Appropriations Committee on Tuesday.

In what Finance and the Public Service Minister Dr Nigel Clarke referred to as “a December to remember kind of budget”, the sums will be paid to public servants represented by the 17 unions and staff associations that have inked the compensation agreement with the Government.

The effective date for the new compensation system is April 1, 2022.

Clarke told his parliamentary colleagues Tuesday that the Government will have to table a third supplementary estimates of expenditure to complete the allocation of resources to facilitate full implementation of the compensation system.

The second supplementary estimates also provides for a one-time payment in additional subvention to the local authorities and the University Hospital of the West Indies (UHWI) to assist both to meet their operational expenses. The amount earmarked is $1.7 billion.

The allocation to the UHWI and the local authorities increases the central government budget for the fiscal year to 973.7 billion.  Clarke said that the $1.7 billion in additional expenditure will be covered by additional revenue projected at $1.8 billion as the revenue performance has improved modestly since the tabling of the first supplementary estimates.

Opposition spokesman on finance Julian Robinson wanted to know why the finance ministry has not revealed the specific details of the compensation system.

Robinson argued that he found it unacceptable that two weeks before payments are made to public servants, the country was still in the dark about the specific details of the compensation system.

Responding, Clarke said, “It is my full intention and my commitment that upon finalisation with all of the groups the new Establishment Act is going to be brought to this House with the salary of every single position will be detailed and tabled in this House”.

He urged Robinson to await the completion of negotiations with the other unions representing public servants.

Clarke also said that public bodies and some executive agencies have been given the approval to advance payments in the sum of $100,000 to employees who have written to the ministry of finance requesting advanced payments until the “mapping” of their compensation is complete.