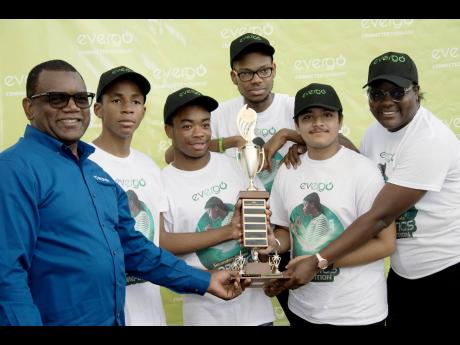 The competition focused on science, technology, engineering, arts, and mathematics (STEAM) education and challenged the students on the fundamentals of robotics to include programming, control, and design.

The teams were charged to construct and programme a battery-operated robot to complete an underwater obstacle course.

Coach Robina Reid told The Gleaner that they were determined to perform to their highest potential despite the difficulties they encountered, such as having to test the robot in the same pool as the five other schools who were also competing.

“STEM education is the cornerstone of what we do here at Evergo. We are doing our part to ensure that we offer students the avenues to expand their interest and knowledge in robotics and are equipped with the skills necessary to navigate the working world,” said Wayne McKenzie, chief executive officer.

Reid, who teaches physics and integrated science, said that the school’s robotics club, which she founded three years ago, has made significant strides.

The institution has competed on the international stage where they represented Jamaica at the First Tech Challenge competition held in Texas earlier this year and competed against 180 schools.

“It was a great experience for them. There’s a lot that they would have learnt, a lot that they are planning to apply this year,” she said, despite them not placing higher in that competition.