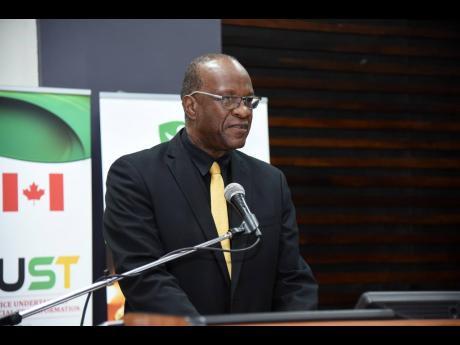 He said while the Act states that the officer must indicate to the fleeing felon that he is about to shoot, he finds it unacceptable. - File photo

The Independent Commission of Investigations (INDECOM) says it will be lobbying for amendments to the Corrections Act with regards to how the security forces respond to escaping felons.

INDECOM commissioner, Hugh Faulkner, made the disclosure, which forms part of the organisation's six-goal strategic plan for the next 10 years, during Thursday's virtual press briefing on its 2022 quarterly reports.

“We believe that needs urgent review,” the INDECOM head said.

Faulkner said the 1985 Corrections Act authorises a correctional officer to discharge his firearm at a convict he believes he is incapable of preventing from escaping.

He said while the Act states that the officer must indicate to the fleeing felon that he is about to shoot, he finds it unacceptable.

“That person may have been there in my view for malicious destruction of property; could have been there for theft of any sort. We believe with the coming into advent of the 2011 constitutional amendments and the Charter of Fundamental Rights and Freedoms that this provision must be reviewed,” said Faulkner.

He pointed to the February incident this year in which Henrique Hemmings was shot while seeking to escape from the Metcalfe Street Secure Juvenile Remand Centre in Kingston.

He later succumbed to his injuries.

“We have included in our strategic vision the review by the parliament of Jamaica on the response of the security forces to the fleeing felon,” he said, noting that this is timely.