No prosecution for 14 cops flagged in 112 fatal shootings 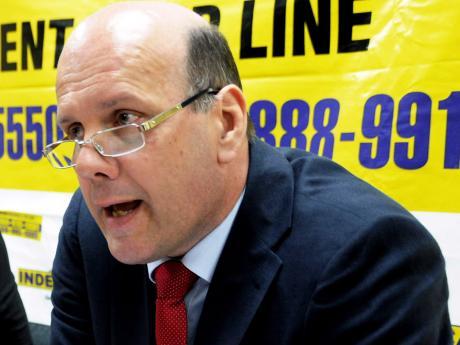 The Independent Commission of Investigations (INDECOM) has indicated that none of the 14 officers flagged in 112 fatal shootings between 2010 and June 2021, has faced prosecution.

The revelation was made by Assistant Commissioner of INDECOM Hamish Campbell, during Thursday's virtual 2022 quarterly press briefing.

“But some are identified as suspicious fatal shootings which give us cause for concern and enquiries continue for some of the more recent ones,” Campbell said.

“Obviously, they cover a large number of years so the ones from the earlier years are not subject to prosecution even if they were identified as suspicious. It's not a binary situation how many of them are charged or not. We identify shootings which are suspicious but even where we don't have the evidence to bring the matter before the director of public prosecutions,” he added.

He said in some instances witnesses give accounts but not statements or give statements but do not show up for court.

The Gleaner on Thursday reported that the 14 policemen were under scrutiny for their involvement in 30 of 129 fatal shootings over the one-year period ending June 2021 following INDECOM's 2022 quarterly report which was tabled in Parliament Tuesday.

The same 14 were flagged in some of the 112 police-involved deaths.

One of the cops reportedly killed 20 persons in 11 years.

Campbell said some of the lawmen formed part of specialist units within the Jamaica Constabulary Force while others are district constables.

He said there is no evidence pointing to a death squad among the group of men.