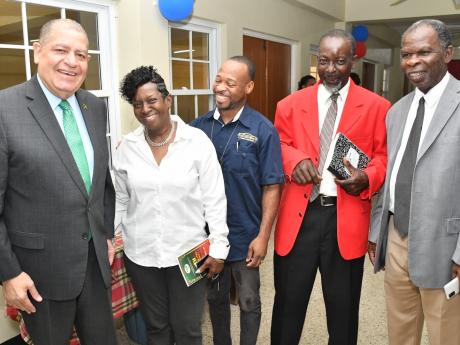 Shaw, who said the Ministry is engaging critical stakeholder groups in dialogue about the new legislation, indicated that a public education campaign will shortly be rolled out. - JIS News

This was disclosed by Transport and Mining Minister, Audley Shaw, who pointed out that “this legislation will aid in curbing indiscipline in the traffic environment and will see motorists facing tough sanctions for breaching the rules”.

“This is not in an effort to punish or chastise [persons] but to drive home the message that the traffic environment is not a playground [and] must be handled with responsibility and utmost care,” Shaw said.

Shaw, who said the Ministry is engaging critical stakeholder groups in dialogue about the new legislation, indicated that a public education campaign will shortly be rolled out.

Between January 1 and December 8 this year, a total of 444 persons died from 386 motor-vehicle collisions.

November accounted for 50 fatalities resulting from 41 collisions, while six have, so far, been recorded in December.

Shaw, in lamenting the high road fatalities, said the Act's provisions are intended to curb reckless driving practices frequently occurring on the nation's roads and, ultimately, reduce the number of deaths.

In 2021, there were 487 road fatalities, which Mr. Shaw said represented the highest number recorded.

“We remain [resolute], as Government, in our efforts to arrest the carnage on our roads in a sustainable way. The Island Traffic Authority and Road Safety Unit within the Ministry continue to work with law-enforcement agencies to strengthen our road-safety mechanism as we curb these road fatalities. Jamaica is committed to reducing road traffic crashes, fatalities and attendant injuries,” he maintained.