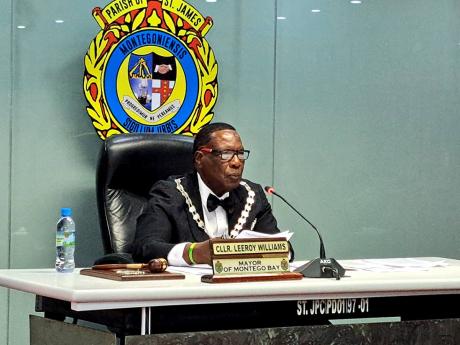 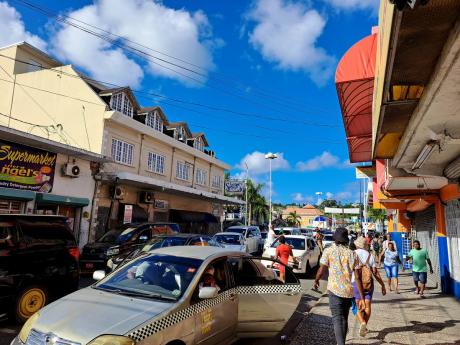 Vendors who ply their trade in Montego Bay’s downtown district have voiced their strong disapproval of the St James Municipal Corporation’s (StJMC) announcement on Thursday that there will be one night designated for the upcoming Christmas Grand Market, with no vending allowed on New Year’s Eve.

Montego Bay’s mayor and chairman of the StJMC, Leeroy Williams, outlined the stipulations for the one-day Grand Market vending, during a media interview following Thursday’s monthly meeting of the municipal corporation.

“Grand Market will be on December 24, and it will go from 3 p.m. until 2 a.m. on December 25, and will be held in Sam Sharpe Square and on St James Street. Grand Market this year will only be for one night, and so there will not be a Grand Market on New Year’s Eve,” said Williams.

“The reason for this is that the police are of the opinion that there could be increased activity as far as the criminals are concerned, and they do not want to confine their manpower just in one particular area. They need to be in the communities and the various hotspots,” Williams added, noting that normal vending operations will continue on the StJMC’s usual designated streets after the Christmas period.

But one clothing vendor, who identified himself as Mario, took issue with Williams’ declaration, arguing that the vendors should be given at least one week prior to the Christmas period to carry out their trade and earn money for their families.

“A foolishness dem a deal with. What dem a leave we to do, go thief? They should have at least given us next week, even one week, and imagine the majority of us have bills and pickney to send to school,” Mario complained.

Another vendor, identifying himself as Thompson, agreed that one night for Christmas vending is not enough for the sellers to provide for themselves and take care of their obligations.

“A one night alone poor people fi eat? Look into it. You can’t give poor people one night fi eat and we have children to feed. We will work with the authorities but they are not working with us,” said Thompson. “We just make a hand to mouth on one day and the next day we can’t use the road again, that is not fair. Right now, we can’t spread out and make money, and, if we spread out, our goods get taken away.”

In 2020, hawkers staged a demonstration before the municipal corporation’s building to protest the limited time allotted to them for vending during that year’s Christmas holiday period.

At that time, Williams had announced that there would be no Grand Market staging for that year because of concerns about the spread of the COVID-19 virus. He subsequently granted a reprieve for vendors to peddle their wares at earlier hours on Christmas Eve, Christmas Day, and New Year’s Eve.

This year, vendors will be required to register with the StJMC in order to sell their goods at Grand Market. Registration will take place from December 19 to December 21 at the Montego Bay Cultural Centre.

In addition, traffic will be allowed to flow freely in Sam Sharpe Square and on St James Street, to avoid congestion along the surrounding roadways.