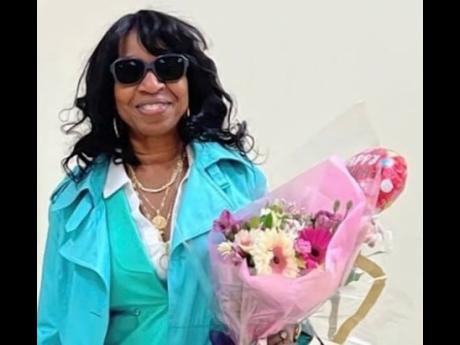 Long-time educator Valrie V. Ranglin, a teacher with the Ministry of Education (1980-1990) and past member of the Jamaica Teachers Union, passed away in Providence, Rhode Island, USA, after a brief illness.

After high school, Valrie attended Mico Teachers’ College, where she graduated with high honours with a degree in library studies. She also attended the University of the West Indies (UWI), where she earned a bachelor’s degree in education.

Val, as she was affectionately called, was a trailblazer and one of the firsts in her neighborhood of Eleven Miles Bull Bay to attend high school or college. She was the second person in the district to become a college-trained teacher. Val had always considered helping kids.

Along with her brother Lloyd, she founded the Golden Dragon Youth Club, a grass-roots community youth club dedicated to serving young children. Over the years, she stayed connected to her homeland and her community. She would return home to run a free clinic as well as summer enrichment programmes for the children in Eleven Miles Bull Bay. During the COVID-19 pandemic, she raised over US$4,000 to provide emergency food for neighbourhood residents.

Val began her career as a library assistant at the Supreme Court in Kingston. However, her love for teaching propelled her into the classroom to begin what would ultimately become her lifelong teaching career. Her first job was at Trinityville High School in eastern St Thomas. Not wanting to be too far from home, she moved back and took a teaching job at Windward Road All-Age School.

After a successful teaching career at Windward Road, she accepted a teaching job at Kingston Technical High School then later, at Camperdown High School. She would remain there until she migrated to Rhode Island in 1990.

Upon arrival, Val worked at a jewellery factory for a short time. Soon after, she accepted a job at the Urban League of Rhode Island, a local community organisation where she taught GED, a high school equivalency, to high school dropouts.

In 1996, she joined the Providence Public School system, teaching at Roger Williams Middle School. She taught at Mount Pleasant High School for over 15 years and would continue with her illustrious career at Central High School until her untimely passing.

She was named New Teacher Ambassador, where her primary role was mentoring new teachers. Simultaneously, she served as the Instructional Team Leader for the English Language Arts department.

She is also survived by her sons Kadeem and Rexroy, grandchildren Destiney and Genesis, and her nieces and nephews.