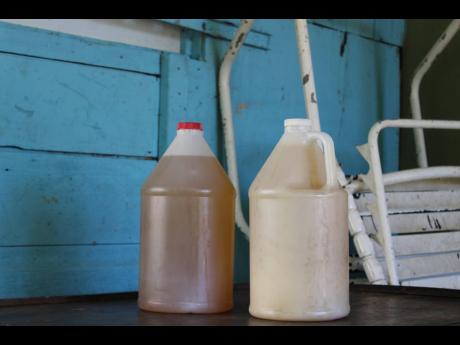 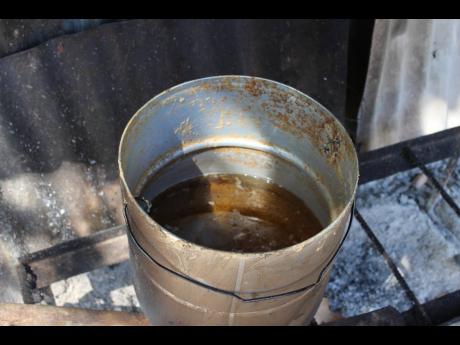 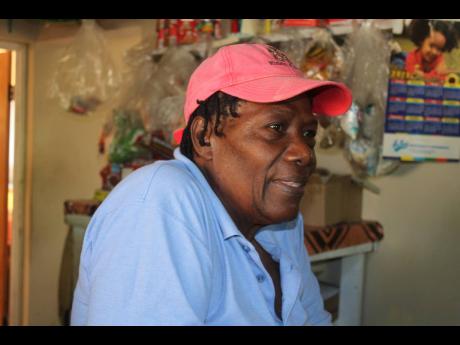 Sharon Stewart of Aleppo district in St Mary is of a warm and sweet disposition, with a sharp wit and an arresting smile to go with it. And that is perhaps why people in her community are forever drawn to her, to her shop, to her yard.

Clearly, she is a community matriarch, called ‘Miss Patsy’, ‘Mama P’, and ‘Bald Head’, who shares her food, and to whom people go for advice and resolution of personal and community conflicts. The Gleaner recently chanced upon her one early morning while she was sweeping the entrance to her property and the section of the main road in front of it.

Stewart has been living at that place from she was born, has only spent three months away, and has absolutely no intention of leaving, which would have meant leaving the cool and salubrious weather, decades of camaraderie, and her familial legacy. She is one of four sisters (two are deceased), sister to six brothers, mother to three children, and ‘mother’ to many more.

At the front of Stewart’s yard, there are wood benches and a domino table. They speak volumes of the social outlet that her space is, and the people who were present as The Gleaner spoke with her nodded their heads in agreement as she spoke about her relationship with people in the area.

“Sometime when mi done cook, mi no have nott’n fi eat, and mi belly full, enuh … mi just enjoy doing it. My mother was the same thing … Everybody gravitate to mi, and if dem have a dispute, dem listen to me,” she shared. Community peace and unity are important to her so that the bloodletting and other social ills that are pervading the length and breadth of the country are not escalated to her neck of the woods.

Yet there is something else about Miss Patsy that is compatible with her persona, her home-made coconut oil, which is as flavourful as flavourful gets. It was a pot of it being stirred by a man near the main road that actually inspired this story. It was a scene no longer regularly seen in Jamaica as opposed to days gone by. The oil was not yet ready, so the “custard” at the bottom of the pot had to be stirred regularly so that it did not get burnt, thus affecting the quality of the oil.

Stewart has been producing coconut oil for about two decades, but when she was young, the process was something that she did not envision doing for a living. Her mother and aunt were producers, but for her, it was hard work, especially grating 25 or 50 coconuts by hand. “Too hackling ... . No sah! Never like that work at all,” she recalled. Eventually, Stewart’s aunt’s son made a machine that did the grating.

That machine was passed on to Stewart, and thus her interest in producing the oil was heightened. With the machine in her possession and coconut available in abundance, she produces the oil in quantities that can be shared with others. Even when she cannot dispose of the oil as fast as she would love to, she still produces because people are constantly taking coconuts to her. To produce the oil from them is a long and tiring process, which may be discouraging.

It starts with breaking the coconuts into small pieces so that the ‘meat’ can be easily removed from the shell before it is grated. The milk is then squeezed from the grated fibres and stored in a big container overnight. The ‘foam’ that forms at the top of the liquid is removed and put into the boiling pot. It is boiled at high temperatures until the ‘custard’ settles at the bottom as the oil is secreted. The process is complete when only the oil and the brown custard are in the pot. Any other substance will affect the quality, the taste, and shelf life of the oil.

For how long will Miss Patsy continue to produce delicious coconut oil? Time will tell, but her positive attitude towards the sustenance of peace, unity, and goodwill in her community is without question. The people in her locale will tell you that she is as sweet as the coconut oil that she produces.