Holness, JLP say they have no accounts at SSL 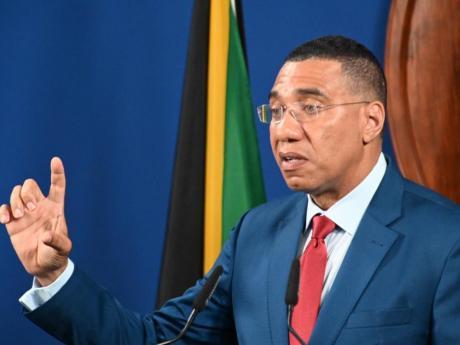 He further stated that neither he nor any member of his family has ever borrowed from SSL or received any form of credit facility from the investment firm. - File photo

In a media release on Tuesday afternoon, Holness noted that he had disclosed in February 2016 that he held an investment brokerage account with SSL, which was opened in 2008.

However, he said in September 2021 he liquidated the last remaining financial instrument managed by SSL and gave instructions for his account to be closed.

"I have no funds currently with SSL and I have not done any business with SSL since September 2021," Holness said.

He further stated that neither he nor any member of his family has ever borrowed from SSL or received any form of credit facility from the investment firm.

"The public must be assured that the political class has no 'conflict of interest' that would prevent, delay or dilute efforts to ensure that the truth of the allegations is uncovered, those responsible are held to account and the victims receive justice," he stated in highlighting the need for transparency in the matter.

In the meantime, the Jamaica Labour Party (JLP), which is led by Holness, said it "has never and does not currently" hold any accounts at SSL.

General Secretary of the party, Dr Horace Chang, who is also national security minister, said the JLP has full confidence the Government will use all its legal powers to resolve the issues at SSL.

Chang also urged those with information on the alleged fraud at the company to cooperate fully with the authorities.