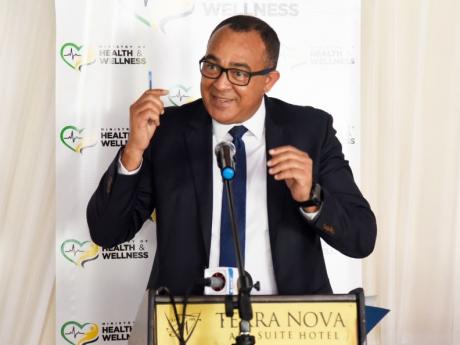 Minister of Health and Wellness, Dr Christopher Tufton, says the ministry was not holding back on releasing the findings of the Pan American Health Organization (PAHO) report on special care nurseries.

“We couldn't produce a report or response without having the actual report,” he said during a media briefing which is under way at Terra Nova Hotel in St Andrew.

The health ministry reported on November 24, 2022, that it had received the report from PAHO and had committed to sharing the main findings with the public following a review by its technical team.

Technical assistance was sought from PAHO regarding infection prevention and control measures amid a bacterial outbreak that claimed the lives of 13 newborns at Victoria Jubilee Hospital last year.

A staffing crisis was among the factors blamed for the death of the babies with a reported staff-to-patient ratio of 1:7, where the best practise is 1:2.

Tufton told the press conference that PAHO's findings to a large extent mirror the findings of internal assessments that were conducted.

The minister said inadequate separation between infants, non-compliance with infection prevention and control measures, and inadequate staffing are among PAHO's findings.