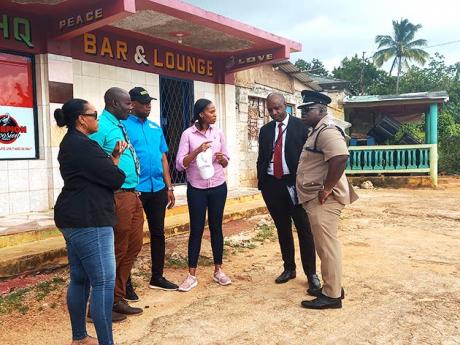 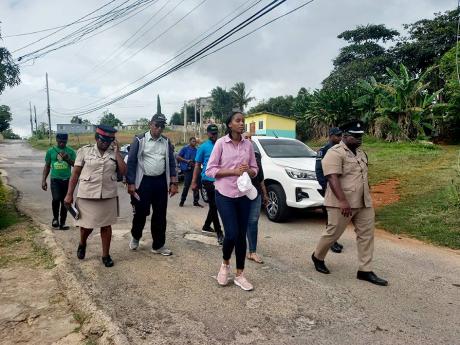 Tamara Bailey
Member of Parliament for Manchester Central Rhoda Crawford (front left) with Superintendent of Police Shane McCalla during a peace walk in the crime hotspot community of Land Settlement on Monday. 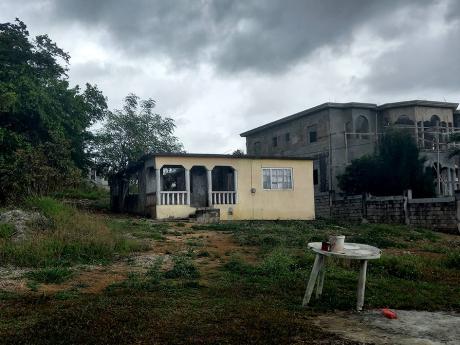 Tamara Bailey
The house where 42-year-old Nakeisha ‘Bumpa’ Harrison was killed on Saturday, January 14, in Land Settlement. Her death is believed to be a reprisal for a murder which was committed just six weeks earlier.
1
2
3

Commander of the Manchester police, Superintendent Shane McCalla, says members of the Specialised Operations and Joint Anti-gang Task Force have been deployed in crime hotspot communities across the parish to mitigate criminal elements.

McCalla said the deployment, which started on Sunday, involves targeted operations in a number of communities to find persons of interest and those involved in illicit activities.

The commander, who was addressing the media on Monday during a peace walk in the crime hotspot community of Comfort, said the police will continue its efforts in creating safer communities, despite the short-term inconvenience residents may face.

“ You will be seeing this task force for a period of time in the parish. We ask the residents to understand that with these operations sometimes come a level of inconvenience with their day-to-day activities. But we assure [you] that we will do everything in keeping with your constitutional rights.”

Curfew restrictions were imposed on the Land Settlement, Comfort and Broadleaf communities from 6 p.m. last Friday to 8 a.m. on Monday.

The police said this was in an effort to prevent possible reprisal killings ahead of Saturday’s funeral of Marlon ‘Muta’ Irving, who was killed on December 6, 2022.

According to a Gleaner source, the killing of 42- year-old bartender Nakeisha ‘Bumpa’ Harrison on Sunday, January 14, less than six weeks later in Land Settlement, is believed to be a reprisal for Irving’s murder.

The superintendent said at this point in the investigation of both cases, details will remain confidential.

Since the start of the year, the parish of Manchester has recorded five murders.

“We just want to ask the public to understand and share in the strategies that we are trying to implement to make them safe. Sometimes we use what is at our disposal through the legal avenues, to make the necessary changes and strategies that will make sure everyone in the community will be able to live and move about freely,” he said.

While some business owners bemoaned the negative impact of curfews on business and productivity, residents welcomed the presence of the police.

“I have lived here since birth and it’s the worst I have felt since being here. I feel scared, but I can’t run away [and] leave my home. I am glad for what the police are doing here and I hope it continues.” said a resident, who requested anonymity.

Rhoda Crawford, member of parliament for Manchester Central, in which the areas fall, said she has been in dialogue with the state minister of security and prime minister Andrew Holness with regard to increasing security in the crime hotspots.

McCalla noted that one of the strategies for 2023 is to make community policing a priority in stemming several issues, including domestic violence which continues to plague the parish.

“We have observed that a number of murders coming out of the parish have been as a result of disputes and an inability to properly manage conflict ... . If you think it’s going to reach to that point of violence, ensure that the police get involved, so we can take the necessary actions,” he cautioned.