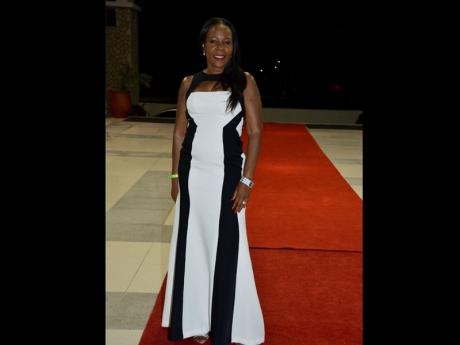 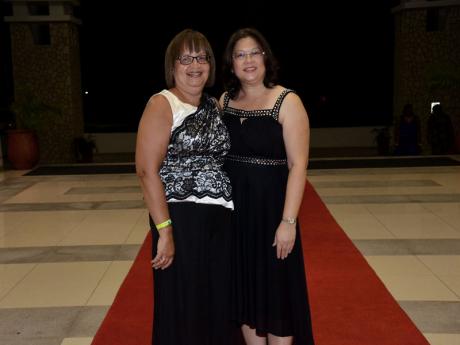 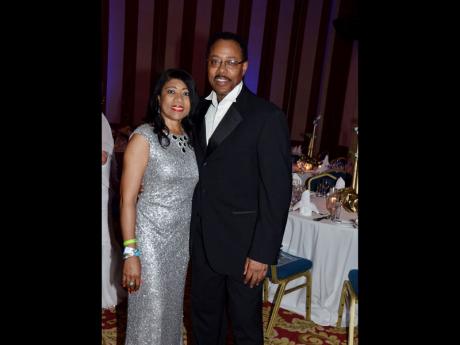 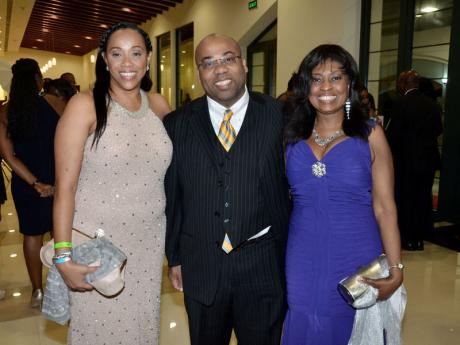 From left: Marcia Jackson-Young poses with Fitzgerald Brown and his wife, Debbie Dougall-Brown. 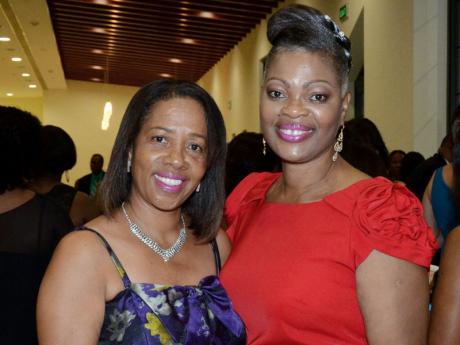 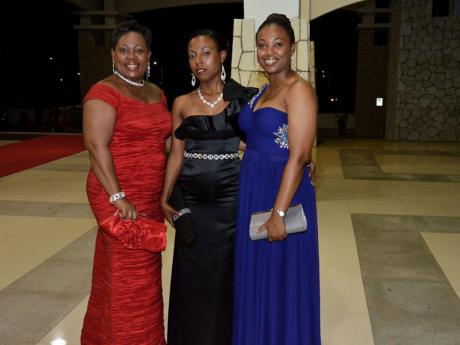 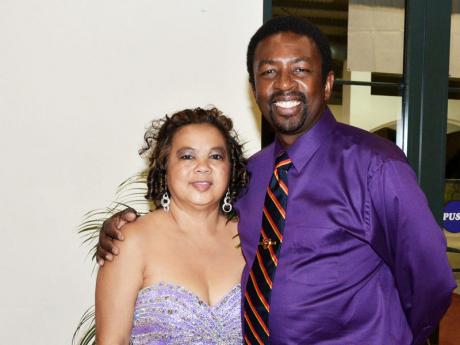 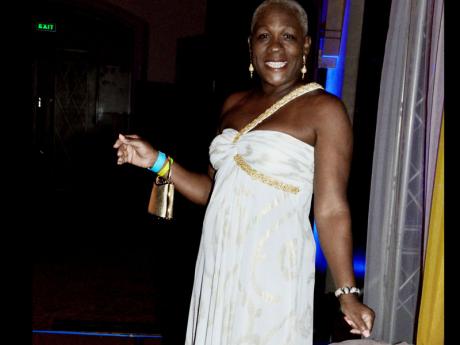 Billed as 'The Night of A Thousand Stars', some 400 alumni and their guests invaded the ballroom of the centre, donning their best fineries as the all-girls institution celebrated the marquee event, making their mark on the Second City.

More than half the attendees flew in from the United States - New York, Florida and Atlanta, with at least one person coming from as far as France to help the school sustain its top position in academic accomplishments on the island.

These 'old girls', comprised of graduates as far back as the 1950s to as recent as 2001, kicked off their Jamaican invasion with a health fair, devotion, and a concert at the Montego Bay-based institution, which is approaching its 90th anniversary.

A beach and retro affair, complemented by the gala event completed a week of raising not only awareness, but much needed funds to continue to the mammoth amount of projects the Central Florida Chapter has embarked on over the years.

"You
give regardless of your own needs, and you serve even while you are in
need of service," said chapter president, Dawn Chin-Jones, when lauding
those who have supported the school over the
years.

Recognised by her peers, Chin-Jones was caught
off guard when her board members awarded her with a plaque for
altruistic service.

Mt Alvernia High is currently
ranked fifth in the island, and its principal, Therisa Cherian, has
reason to be happy, opining that the 2030 national development plan to
make Jamaica the place of choice to live, work, raise families and do
business, can be realised through
education.