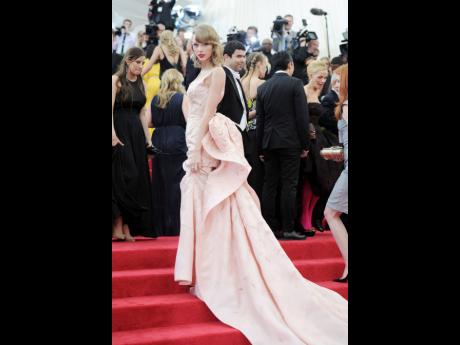 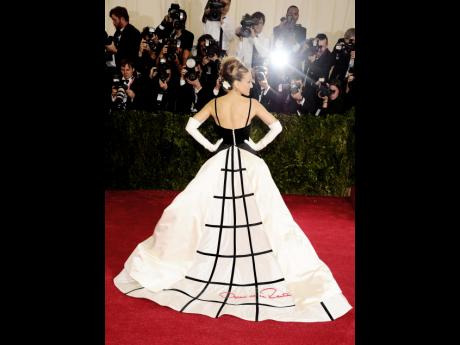 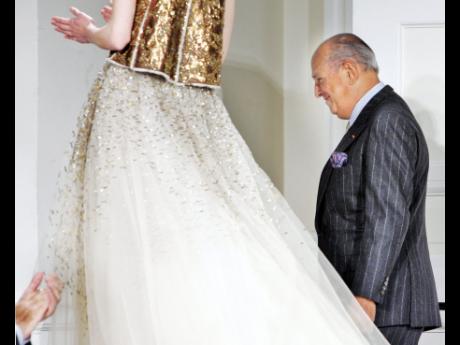 AP In this Feb. 4, 2008, file photo, designer Oscar de la Renta is applauded after the presentation of his fall 2008 collection during Fashion Week in New York. The designer, shaped American couture half a century ago when it emerged as a serious rival to European fashion designers.
1
2
3

Designer Oscar de la Renta was mourned on Tuesday in his native Dominican Republic as a native son who brought glamour and prestige to a largely poor country better known for baseball and beaches than elegant evening wear.

The death of the style icon on Monday at his home in Connecticut came as Dominican designers, some mentored and inspired by de la Renta, gathered in the capital for their country's Fashion Week, for which he has provided advice over the years, and where he showed off designs in 2010.

De la Renta was born in the Dominican Republic in 1932 and left the Caribbean country at age 18. At the time of his death, he maintained a home in the exclusive resort community of Punta Cana, where he played host to celebrities such as singer Julio Iglesias and former United States President Bill Clinton.

He was known for contributing frequently to charity and providing assistance to the government, such as when he designed the uniforms for the National Police in 1999 at no cost.

In 2012, when he opened a new boutique in Punta Cana, he donated the proceeds of the initial sales to a school for low-income children and he worked with Vice-president Margarita Cedeno, the former first lady of the Dominican Republic, on a programme that helped the poor gain job skills and income by designing dresses, some of which were on display this week.

Before his death, organisers of Fashion Week planned to petition the government to name a street for de la Renta. "It's not just an homage; it's an act of justice," said Socrates McKinney, artistic director for the event.

The campaign seems likely to gain traction in the country where de la Renta enjoyed wide respect. President Danilo Medina said via Twitter that the designer has been "a great defender of the national interests" with his art and contributions to social programmes.

"His departure leaves a hole that is impossible to fill," Medina said. "Rest in peace, Oscar."

Vice-president Cedeno wore a gown designed by de la Renta as she spoke to reporters on Monday night, recalling his participation in various charitable efforts in the country over the years. "Today, we cry at your departure, but we honour your memory," she said later on Twitter.