Once upon a saga 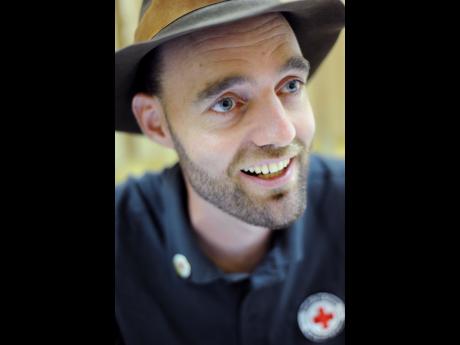 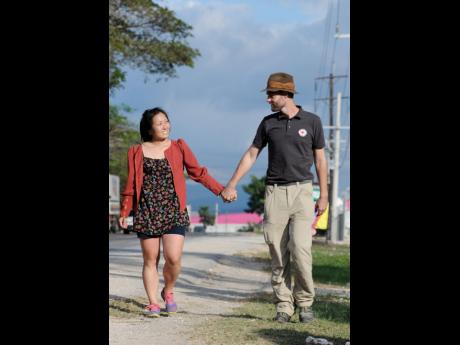 An amiable, athletic Denmark national has taken the concept of globetrotting to fascinating dimensions as he attempts to be the first human to travel by sea to every country in the world.

Like Thor, a god of Norse mythology, the modern-day mortal with the same name is moving to attain what once appeared unattainable.

The Dane, attached for some time to the Red Cross organisation in his country as a logistics coordinator, is attempting to do what no other human has ever done - travel to every nation on the globe without taking a plane, doing the journey entirely by vessels rolling on seas and oceans.

Asked what inspired him to travel to every country on an unbroken journey without flight, Thor laughed and said: "A moment of insanity."

More contemplatively, he shared with Outlook: "I think it is most inspiring to try to go for something that, on one hand, has never been done before, and try to push that barrier, because it's a part of inspiring other people to do something new."

But there are added benefits for Thor, whose full name is Torbjorn Cederlof Pedersen.

Thor revealed that he has been given the honour of travelling as a goodwill ambassador by the Danish Red Cross, and tasked with writing brief stories on local activity of the 189 Red Cross organisations throughout the world.

"So, I am always present at the Red Cross locations," he said.

Thor does not have the stature of a god. Rather, he has a slender frame, like a mere mortal with a big heart and an adventurous streak. He said this was not always the case, but the consequence of 15 months of travelling has stripped him of 10 kilograms.

It was at the Red Cross branch in Central Village, St Catherine, that Outlook caught up with Thor.

He started his journey on October 10, 2013 at 10 in the morning from Denmark, and, by all indications, he is succeeding. Jamaica is the 73rd country he has visited on his global trek. He was in Jamaica for a full 14 days when Outlook caught up with him.

"I feel that I have a chance to inspire people to go to new places," he declared.

His girlfriend, Le Gjerum, a medical doctor, took time from her busy schedule in Denmark to keep his company before he capers off to another country.

Le Gjerum shares that she has been in Jamaica for 10 days, having arrived four days after her beau.

Asked how she copes with an absentee partner, she said: "I miss him and I follow him and I try my best, but I have my daily life in Denmark Ö . I have work.

"Sometimes I go and try to find him wherever he is in the world and we communicate very frequently."

The obviously delighted globe-trotter, in response to his love's complimentary remarks, stated simply: "She is a very patient girl."

Before Thor arrived in Jamaica, he was in Haiti after completing the islands in the Lesser Antilles. When he leaves Jamaica, he will travel to Cuba, after which he completes his travels of the Caribbean and heads for the continent of Africa.

But Cuba is presenting a major barrier to Thor's exploits. "I need to go on a boat from here to Cuba and I recently discovered that I cannot go by a cargo ship," he said.

He notes that there is a container line that goes from Jamaica to Cuba, but it does not allow anyone to disembark cargo ships there.

Thor is, therefore, working on two other options. "There is a cruise ship that goes to several ports in Cuba. I might and I may be able to disembark on that one and there are plenty of sailboats that go across," he said.

Thor is still some way off on his four-year-long journey, with 130 countries to complete his historic mission.

Etched on one side of Thor's business card are the words: "I'm travelling to every single country!" and on the other: "A stranger is a FRIEND you've never met before." Then: "Countries travelled so far: '73' in reference to Jamaica.

Thor jokes that the project, dubbed 'Once Upon A Saga', has taken on the flavour of mythology as its name was extracted from his homeland's penchant for the famed 'once upon a time' fairy tales.

"The Kingdom is sort of a fairy-tale country Ö and the word 'saga' is a Viking term which means adventure and travel. So we played with the words, debated it for a long time, and came away with 'Once Upon A Saga'.

Thor is required to spend $US20 per day for the four years he is expected to complete his trot.

It will cost the Ross Offshore Company out of Norway approximately US$29,200, or J$3.4 million, to finance the offshore journey.

When Thor started his journey, he travelled from Denmark, the most southern of the Nordic countries, located southwest of Sweden and south of Norway, to neighbouring Germany.

"If you pick up and read a newspaper today, you are inclined to believe the world is on fire as you read about Ebola, corruption, burning and conflict," said Thor. "That is a part of the world, but that's the sensational part that scares people," he added.

He suggested that the more significant and larger part of the same world are the people who are interested in their children having clean clothes, good food, and good opportunities in life.

Thor recalls being asked when he landed on Jamaican shores if he had heard media reports on the country. When he responded in the negative, he was promptly informed that Jamaica was replete with crime and violence.

"But all I saw were the warmth of the people, the delight of the food, and amazing historical culture that make Jamaica an amazing place," Thor asserted.

"I heard about Usain Bolt, I heard about the bobsled team, I heard of Bob Marley, and these are all good, so I will stick with that," he added. "So while there are writings about crime and violence, I feel that I have this small voice, where I get the opportunity to take some pictures and say, 'Well, I met this guy on the street and he gave me a ride but he didn't have to Ö ', and I can do a short story about that."

He told Outlook that, while in Jamaica, he found the people very friendly.

"Caring, curious and helpful, and I think that's not just a Jamaican thing but most countries I visited," he asserted.

Thor uses a range of social-media platforms to share his flightless journey around the world, which is not always easy.

"When you are in Europe or if you are in North and South America, it's easily done. When you come to a place like the Caribbean, it (the flight structure) is more difficult," he explained.

Which is the most fascinating of the 73 countries he has so far visited?

"That is a really good question because I have been fascinated by so many things; it's mostly people that fascinate me," said Thor.

"I have been to mountains and cathedrals so many times that, with me, I don't really remember the details or colours, but I remember the people and their stories."

Thor added: "I might say Sangry in Europe or Venezuela in South America, as I had so much fear going and not knowing what to expect, and now I am in the Caribbean, I am deeply fascinated by these 13 countries in a very small region where sometimes we can see from one country to the next."