Learning the Fun with Fundaciones 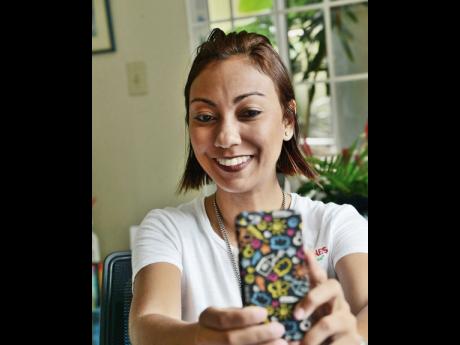 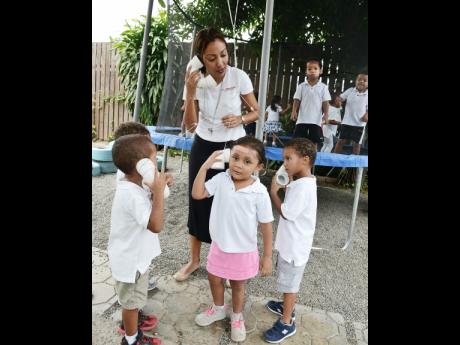 Ian Allen
Rachael McDonald and a few of the children from her school exploring and encouraging speech through the talking tree. 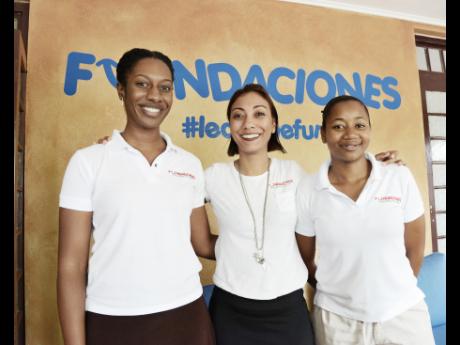 Learning the fun with Fundaciones

"Education is the most powerful weapon which you can use to change the world." These influential words, first said by the late Nelson Mandela, are echoed by young educator Rachael McDonald, who has made wonderful waves, through language, with her new and innovative school - Fundaciones.

Outlook sat down with the Fundaciones creator last week

"I have been in the business of children as long as I can remember, and I have always loved them." said McDonald, who recalled her teenage years, loving the book Babysitter's Club which inspired her very own babysitting club in her neighbourhood and later became a summer camp with more than 50 children at her home. That all started in the summer of 1997, segueing into what would be her calling to operate her very own school.

In 1999, she ventured into foreign seas to study at Allegheny College in Pennsylvania, and it was there that her journey of fusing language with education truly began. "I accidentally majored in Spanish. I was pre-med all along and I couldn't get into organic chemistry class, so I just did Spanish as a way of maintaining my GPA, until I could get into the class." She recalled them saying she has a natural knack for languages and that she should pursue it as a major. McDonald notes that there was no way she was going to make that switch. In her own words, "My father would kill me, I am just doing it as a filler."

But, lo and behold, she excelled at Spanish, and within the semester, she was teaching third grade elementary Spanish at a school close by her college for extra credits. That made the decision for her.

When she decided to return home, she began her professional life at Hillel Academy where she remained for about six years. From reading, teaching Spanish during school and at extra lessons to birthday parties and homework, she did it all. During this time she also pursued her master's in pre-kindergarten and primary education. But something was missing.

She decided then and there to walk away from her Hillel family and broaden her horizons in opening her own school and company - Fundaciones. "In 2008, I started out only doing Spanish after-school programmes. In 2009, when we moved to the location at 8 Hillcrest Avenue, which we called El Centro, we incorporated a lot of other programmes and we decided to keep the name Fundaciones, because we feel it would tell a lot about our philosophy and about our beliefs in learning the fundamentals," she declared.

Fundaciones means foundations, and she believes, if you want children to remember the fundamentals, then you have to teach it in a fun way, and so the name just made sense. "Our goal is to provide the intellectual, emotional, physical and social development of our students by relying on but not being limited to music, movement, rhymes, chants, art, craft and technology-based learning," McDonald highlighted. Through these non-traditional means, she noted, children will acquire and develop Spanish and English languages along with the foundations required to function effectively in primary-education programmes worldwide. "We believe in guiding children's behaviour by focusing their attention on reasoning and problem-solving skills. It is our goal to provide opportunities for children to become independent, responsible and self-controlled in a variety of settings. Our intent is to establish an atmosphere of respect between children and teachers as well as respect for the environment, including equipment, materials and the property of others."

Fundaciones has approvals from the Ministry of Education and the Early Childhood Commission. Their bilingual early education programme Al Mundo (Spanish for the phrase "to the world") is the name given to an exciting adventure for children 18 months to five years old. "Children are actively engaged in the process of dual language acquisition while simultaneously developing social skills critical for life in our ever-changing society. The programme also exposes and prepares children for life in our global village through sensitivity and cultural differences."

Some of the hiccups she has experienced along the way include, "Making parents feel safe and secure that we value their children. While we understand their concerns, sometimes they have to allow us to do what we do best and just trust that all will be well." Securing a solid team was also a very difficult task because apart from qualification, she needed to find persons who shared a similar passion, drive and high energy level. "My team members know we go hard or you're going home. I encourage them all to come in and give their all, that no matter what is happening personally or otherwise, the minute you step into that classroom, if you're having the worst day, these children will turn your life around, and inevitably turn that frown upside down," she said with a smile.

Business has not been bad so far. In fact, McDonald is grateful, especially for their new expansion into Montego Bay. "I'm excited to have a school of this magnitude in Montego Bay, the first of its kind to be in the parish. Just being able to operate two schools is a big thing for me. I was secretly getting cold feet, but I soon got over it." the confident McDonald remarked. She has also expanded the programs from just teaching Spanish to other languages such as French and Mandarin. She has already done programmes in St Kitts and Florida. With her busy schedule, McDonald also teaches part-time at American International School of Kingston, where she was awarded by the high schoolers as the most likely to go more days than the Energiser Bunny.

How does she balance it all? The key to balance, she confessed, is knowing that everything won't go according to plan, so plan Bs, Cs and Ds come into play. Also, "You learn to let some things go, like things going wrong, juggle it all and prioritise." The fitness enthusiast still finds time to exercise three times a week as she continues to learn how to balance the personal with the professional, "Not working on a Sunday is something I have to will myself into doing, because I am that attached to work. I may go to the beach or read a book," she revealed, waving through the window of her office to the children, who passed by just to say "Hola!" (McDonald knows them all by name).

She credits her great support system for keeping her grounded and level-headed. Her advice to those wanting to follow suit is find your passion, and follow it, "Live your passion and let it drive you to success. Education revolves around believing in children, so you have to have that passion. It is that passion that will give the energy to mark papers, for example, or go the extra mile, just when you think you can't go any further. Also, as it relates to education, keep abreast with current trends, find what kind of learning person you are and apply that to your teaching technique. We are very dramatic here at Fundaciones, and encourage all to join in and learn the fun!"