The Touch That Cured Me 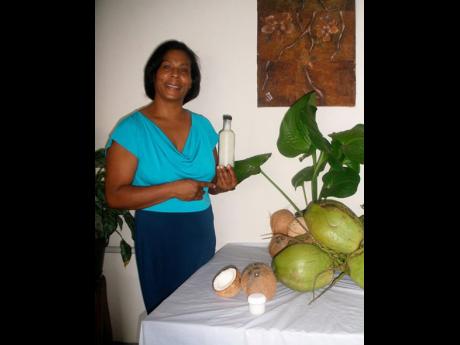 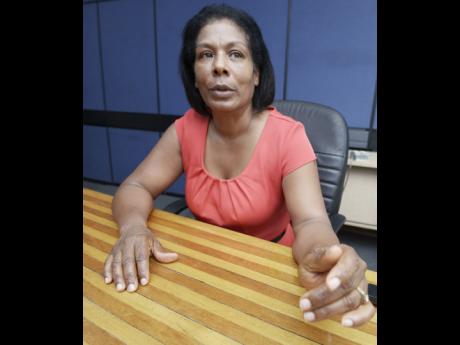 Wright explains to Outlook how she cured her cancer using herbal remedies. 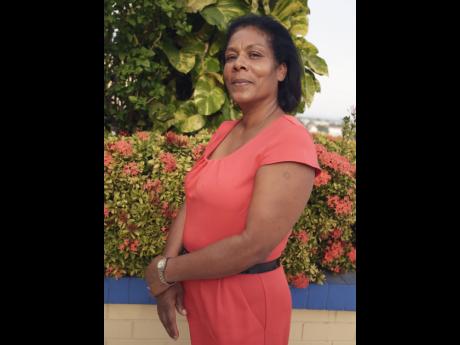 Renee Wright is convinced her remedies have cured her cancer.
1
2
3

How far would you go to live a little longer? Renee Wright went all out, and today reaps the benefit. She says she is completely healed of lymphatic cancer after being diagnosed three years ago. She told Outlook that prayer, herbs, coconuts and 'The Touch' broke the chains of this deadly disease.

Wright's journey began in 2012 when she had her first surgery to remove fibroids. But things got complicated when she was diagnosed with the early stages of lymphatic cancer.

Wright was now faced with this life-threatening disease, and though she confessed to not being 'a fan of hospitals', she was willing to do whatever it took to get better - biopsy, chemotherapy and radiation.

But, according to Wright, one glimpse of the biopsy room and it was a big turn off for her and she hoped that she didn't have to go through with it. "I am one of faith, so I asked God if I am supposed to do the biopsy let them call me. After waiting for some time, I called and was told my name was not on the list to do the biopsy, "I have not been back since," Wright told Outlook, her voice still resonating with the relief she felt that day. She did not go through with chemotherapy or radiation either.

But as time passed, she could feel her body giving in to the disease. "I could feel in my body that the cancer was getting worse. I had severe stomach pains," Wright explained. Her pain became overwhelming, and when she visited her private doctor in her hometown in Mandeville, she were advised that, based on previous cases of this rare cancer, if she was not diagnosed at that early stage, she would have been sent home to die as there is nothing that doctors can do if its diagnosed in its later stage. "He told me that it was difficult to locate this type of cancer in its early stage, so I thank God for the fibroids so that I could find out about this cancer," Wright disclosed.

The mother of three noted that, as the cancer took a toll on her body, she set out to find all the possible ways to get better. "I told myself I am going to use the herbs that God put on this earth," she told Outlook.

Wright said she started to conduct intensive research and consulted with herbalists about various herbs that could be used to treat her, "Whatever herb you can think of, I tried it - moringa, guinea hen weed, turmeric, bird pepper, ginger and natural coconut oil, among others."

She noted that the herbs would have been too slow, so she got in touch with an overseas company - New Body Herbs, that specialises in herbal tablets for every sickness in the body. She began taking the tablets the company recommended for her cancer.

"I started taking a teaspoon of the coconut oil every day with the herbs and doing a monthly detoxification. I cleansed my kidney, colon and liver every month and started to consume healthy foods," Wright confessed.

Through prayer, persistence and discipline, Wright realised that she was feeling better, and everything started coming together.

Wright said through the adversities of cancer she established a coconut business. She and her husband began making the journey to St Mary and Portland to purchase coconuts to do her own cold-press coconut oil and other coconut products. "RADA is selling a lot of my shredded coconut and coconut oil and is looking to set up a place for me to do my manufacturing," Wright explained.

Fast-forward to February 2015, Wright recalls her visit to the Comfort Hall Seventh-day Adventist Church in Mandeville, where she gave her testimony of how she was 'healed' from lymphatic cancer with the help of coconut oil.

Wright said she experienced God's healing power and saving grace that night and felt that her cancer was actually cured.

But the following Sunday morning, she woke up before dawn and could not go back to sleep. "I think the devil actually visited me that morning. While I was watching a sermon, everything the preacher said that was positive, there was a negative voice counteracting it in my head. It took me over because I believed the negative things the voice said," Wright recalled to Outlook.

At that time, Wright said, she wanted to regurgitate but felt weak in her knees. With some effort she made it to her daughter's room and woke her. "I told her that I wanted to throw up. She went for a container but nothing came up. I just felt that there was something in my stomach that wanted to come out, but couldn't'," Wright confessed.

Wright said, at this time, her husband came into the room and began reading the Bible while holding her up, as her daughter began rubbing her feet. No one knew what was wrong with her. "I told them to call my big son Kevin, who is overseas, because the voice told me that my big son was going to heaven, and I said no because he is not baptised. Through a back-and-forth conversation, the voice said 'it doesn't even matter because you are going to die tonight' and I accepted it," Wright explained.

She began telling everyone goodbye because she was convinced that she was going to die, like the voice said. Wright told Outlook that she spoke to her son. "I told him, 'Kevin I am going to die tonight. I want you to get baptised'. The voice said 'tell him to baptise in any church,' but I said no, get baptise in a Seventh-day Adventist church. He wanted to ask what was happening, but I threw away the phone," Wright confessed.

Wright said that when her 13-year-old son came into the room, she saw the shadow of the person who was talking to her got up from beside her and headed towards her son, when she shouted, "Go into your room, close the door and pray."

She continued, "I then saw through my daughter's mirror the sign of the cross, and there is nowhere in the house that has the sign of the cross. I began to plead the 'blood of Jesus' and I said it very loud, but I never heard it and every time I said it, it got lower and nothing was happening," Wright noted.

At this point, Wright said that she had given up and was ready to die and began to tell her family to stay together, take care of each other, do not disappoint her, and stay close to God and in the church.

"I remember saying, 'Dear God, I surrender everything I have, my whole being to you, and I put everything in your hands. Nothing is in my hands anymore,'" Wright confessed.

Then she said a voice told her to repeat 'the blood of Jesus', "I shouted the 'blood of Jesus'. It was like three people coming up the stairs at once. I also saw my whole house and yard filled with people. My husband said that I asked 'What are so many people doing in the bedroom?' He said he thought that I was going insane.

Wright said she was healed by 'that touch' from someone and it was not God. "The person touched my stomach and said, 'You have been giving people false hope'. I asked, 'What did I do?' The voice said, 'You have been giving testimony about being healed and we were not even ready for you to give your testimony yet'. So since you are not waiting, you have my ok to go and tell people what happened to you.' I haven't felt that pain since," Wright explained.

Wright has not been to the doctor to confirm her cure, but she believes that she is healed. "I am healed, I know I am and I want to tell the whole world that, through prayer and supplication, you, too, can be healed," Wright concluded.

Wright says that she is happy to have been diagnosed with lymphatic cancer as it gave her a coconut business to help others overcome their sickness.