A long and winding road to a role well-loved 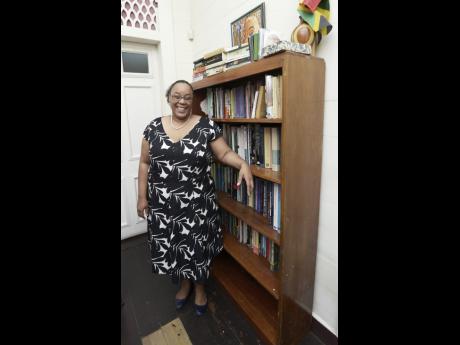 Deborah Hickling stands proudly next to her book shelf with her most prized possessions, books. 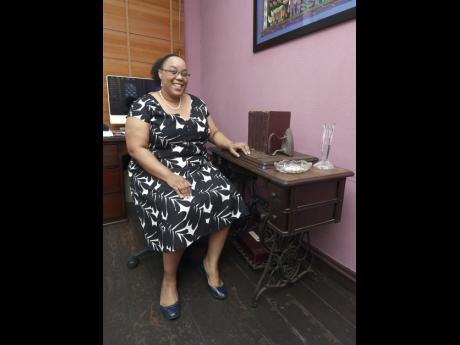 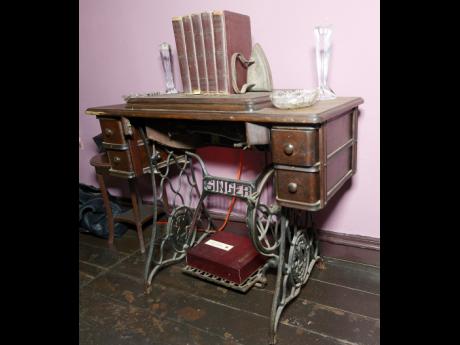 The machine Deborah's grandmother used to sew on. 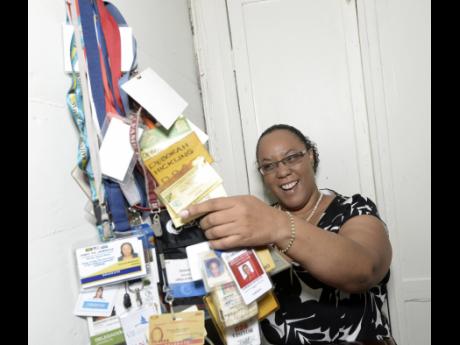 Deborah Hickling goes through the ID collection she uses as memorabilia from her trips worldwide. 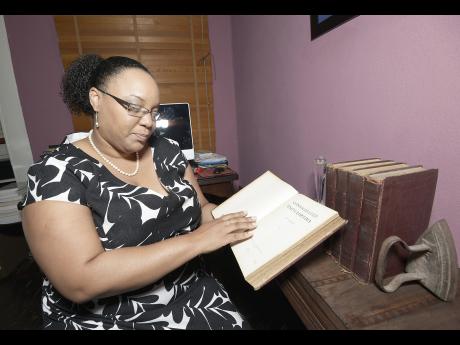 Deborah Hickling reads one of the encyclopedia her late grandmother left at the family home.
1
2
3
4
5

Her father is a former outspoken firebrand psychiatrist and talk-show host, and her late mother - a broadcaster, producer and artist in a time when there were only two public radio stations and one television station. Dr Deborah Hickling was groomed in the arts - literature of all types, social and political consciousness, deep critical thought and discourse, travel, broadcasting, theatre, and dance. "I have early memories of going to National Dance Theatre Company rehearsals - my dad was their stage manager for 15 years - sitting on my dad's shoulders at political rallies, and going to pottery classes with my mother," she tells Outlook.

"While in school, we were always told we needed to have a 'real job'. I loved history and flirted with the idea of becoming a lawyer. Based on my interests, I guess I always knew media and culture and writing would have to be a part of whatever I did. Those are the things that have always made me happiest.

"As she glanced through a copy of her high-school magazine, she continued, "I knew then that my life would have something to do with media ... and, I suppose, politics. At one point, I wanted to be an actress. My good friend Denise Hunt and I were in the same class at Queen's and did many Schools' Drama Festivals together. We called ourselves the DH twins. We both had planed to become actresses. In fact, we both auditioned for the Pantomime at the same time. I did two years in the Pantomime and she went on to do professional theatre, and broadcasting, and look at her now!"

Hickling, who prides herself on learning in and out of the classroom, began her formal education at Excelsior Pre Prep before moving on to St Andrew Preparatory. However, the high school she attended wasn't her first choice. " I am proud of it (Queen's) now, but cried when I first heard I was going to The Queen's School, as I wanted to go to St Andrew High where all the women in my family went, or to Wolmer's where my grandmother and the men in my family went. I came to love Queen's and made some fantastic, lifelong friends." Dr Hickling completed her tertiary education at CAST (College of Arts, Science and Technology) - now UTech (University of Technology), before moving on to the University of the West Indies (UWI) for her undergrad and PhD studies.

The well-rounded Dr Hickling had landed her first job at her uncle's advertising agency - Paisley Kelly Advertising while also freelancing a live radio production at the Breakfast Club with Beverley Manley and Tony Abrahams. After her uncle's agency closed, she went on to do reporting and producing at the Jamaica Broadcasting Corporation, then public relations and entertainment at Ciboney Group.

She also did a short stint at CVM before moving on to Public Relations Manager at Ministry of Labour, Social Security and Sport where she worked with Portia Simpson Miller. After the Cabinet reshuffle in 2001, Simpson Miller was reassigned to the Ministry of Tourism and Dr Hickling joined the team there. It was the first time entertainment had been named as a subject area in a ministry. Simpson Miller assigned her to work with State Minister Wykeham McNeil who was tasked with convening the Entertainment Advisory Board. It seemed then that Hickling had finally found her calling. "I was delighted! That is when the issue of the role of government in entertainment first became of interest to me, especially after having lived through the uncertainty of media liberalisation," she said.

But the workaholic soon after got a 'second job' working with FAME FM. "I could not get the media out of my blood. I produced the risque Uncensored on Mondays and presented the inspirational programme Divine Destiny on Sunday mornings," shared Dr Hickling.

Dr Hickling barely has time to scratch her head, but when she does, she prefers the company of family, at the Connelly House, where her father and all his siblings grew up. There she is surrounded by family heirlooms that span over 100 years, is now the location of her family businesses.

This was the location of our interview, and Hickling was right at home. "Connolley was another place to call home. I have fond memories of the famous Saturday lunches hosted by my grandparents. My grandmother was quite the 'Grand Dame'! My grandfather was a senior civil servant. What are now the waiting rooms and reception area, were the living and dining rooms. In the latter we had beef soup and stewed peas every Saturday - everyone had a place at a large dining table, the same one which is now the conference table in our meeting room. My grandmother had two grand pianos and two upright pianos, each with a student playing various musical pieces at varied levels of competence - at the same time, in the same house, throughout the day. It was quite a joyful cacophony!" Hickling recalled.

She continued her trip down memory lane. "She (her grandmother) read everything and had piles of Readers Digests by her bedside. These old encyclopedias, were hers, I think," mused Hickling pointing to a set of encyclopedia still in pristine condition. "My current office, was once my grandmother's music studio, where she taught classical piano to hundreds of Jamaican students. Now, I come here when I need a quiet place to write or to do research. I remember all of the thespians of the day - Lois Kelly Miller, Miss Lou, Norman Rae ... the artistic community of the 70s and 80s would come to luncheon parties on my grandmother's veranda. My brother's design studio downstairs was also a music studio," said Dr Hickling.

Hickling has no plans of slowing down anytime soon. She tells Outlook, "I have lots of social enterprise projects to complete - TV programmes, books to write, academic work to do, broadcast projects, community programmes for CCI development. Some I've already started. Already, I have a set of new scripts for a second season of A'Graders - an educational drama I produced many years ago for GSAT students. I also see myself continuing my development in the area of academia - I love teaching, the research and the writing, and my time spent lecturing has been most fulfilling. I am also enjoying the co-supervision of a doctoral thesis in UWI's DBA programme with a Professor from Ghana - talk about full circle," she ended.