Why can't I conceive? 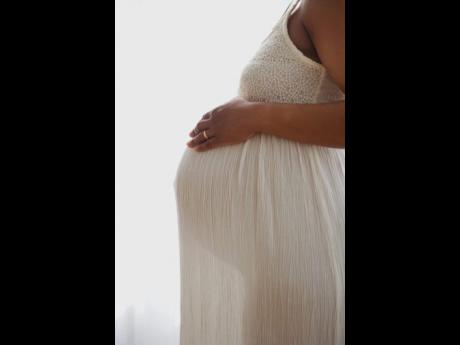 Q: Dear Doc, I would really like to have a baby, but so far, my efforts with my partner have been futile.

Apparently, this is because I have something called 'PID'. The doctors have told me that it is very common, and they are treating me with antibiotics.

I looked up 'PID' on the Internet and found that the three letters stand for 'prolapsed inter-vertebral disc.' I am puzzled by this, because I have never had any disc trouble in my back.

So, what exactly is PID, Doc? How did I get it? Do you think I will eventually be able to conceive?

And if I can't, should I go for the test-tube baby technique? I think my partner and I could afford that.

A: I do understand your desire to have a child.

You have looked up PID on the Internet and found websites that deal with spinal disc problems. But where gynaecology is concerned, the letters PID actually stand for pelvic inflammatory disease.

Unfortunately, PID is pretty common, as your doctors have told you. It is a condition in which the internal female sex organs become badly inflamed. The inflammation can affect the ovaries, the tubes and the womb, as well as the

That kind of inflammation can have a bad effect on the woman's general health. It can also give her pain in the lower part of her stomach, and it can block her tubes, creating problems with her conceiving.

How does the infection get in there? Well, some of the times it is acquired during sex.

That is why women who had many boyfriends when they were young tend to get PID in their late 20s or 30s.

But most of the times, the germ gets into the womb during any procedure or occurrence which affects the cervix, and opens it up or damages it. That could be:

• (Rarely) a surgical operation performed through the vagina;

• (Occasionally) the insertion of a coil (or IUD).

Sometimes we simply do not know what has caused PID. But the important thing is to get it treated thoroughly, and it sounds like your doctor is doing just that.

From what you say, I think there is a reasonable chance that you will succeed in conceiving a child, particularly if you and your partner concentrate your 'efforts' around the day on which you ovulate.

As it relates to your 'test-tube baby' method - in vitro fertilisation (IVF), this can help women whose tubes have been blocked by PID. Provided that your womb and ovaries are in good condition, pregnancy would be possible. But I have to warn you that there are many IVF failures.

Finally, may I suggest that you ensure that your partner is fertile? Again and again, I have seen situations in which a woman was investigated for infertility - but, in fact, it was her male partner who was sterile. So I strongly advise that your partner should have a sperm count done.

Q: Doc, as a 35-year-old man, I am still virile and healthy. But I am starting to be a little uneasy about my prostate gland.

When I was younger, I had

a lot of careless sex with a lot of different girls. I also masturbated a lot. Will this make me more liable to get prostate cancer when I reach middle age?

A: No, not at all. Rather surprisingly, the evidence suggests that men who have had a lot of sexual activity are less likely to get cancer of the prostate gland.

Some of the medical evidence is a little contradictory. But, in general, it appears that regular sexual climaxes have a protective effect against this particular cancer.

These findings are very puzzling, but some scientists have theorised that maybe a sexual climax gets rid of toxins which have accumulated in the prostate gland.

Anyway, at your age, I don't think you need to worry about your prostate for many years to come.

Can I divorce him?

Q: My husband has been playing fast and loose with various women in the Corporate Area, and now he has caught gonorrhoea!

Does this give me grounds for divorce?

A: Well, first of all, can I stress that, from a medical point of view, it is vitally important that he has full and thorough treatment for his gonorrhoea infection?

You, too, should have tests for gonorrhoea (also known as 'the clap'), because there is a chance that he has passed it on to you. Please do not have sex with him until it is clear that you are both free of infection.

I don't suppose that this point is of great interest to you, but if possible, someone should really be treating the woman from whom he caught gonorrhoea.

This has to be agreed on by the court, and the judge would want to be sure that there is no prospect of reconciliation.

Factors which the court takes into account include extramarital affairs. That certainly applies here, and the judge would definitely note the fact that your husband went out and caught the clap.

Summing up, you might be able to claim irretrievable breakdown. But if there is a chance of reconciliation, then you should consider it - especially if you have children together.

My wife is dry

Q: My wife has always been very dry in the vaginal department, and this is making sex very difficult.

We are both 26, and have been married for a year. Is there any medication which a doctor could prescribe for her?

A: In order for a woman to produce enough sexual lubrication, three conditions must be fulfilled:

2. She must feel romanced;

3. Her partner must give her enough foreplay to stimulate her vaginal juices.

So that really tells you what you have to do in order to make her natural lubrication flow! I would recommend that you try at least 10 minutes of love play before you attempt to enter her.

I am afraid that there is no medication which would make the vaginal juices flow. However, these days, it is very easy to buy artificial lubricants.

You may have a pharmacy near you which sells them. Alternatively, just type the words 'sex lube' into Google and you will find several hundred thousand sites which are keen to sell you these helpful products. I wish you both well.