Italian enjoying it in Jamaica 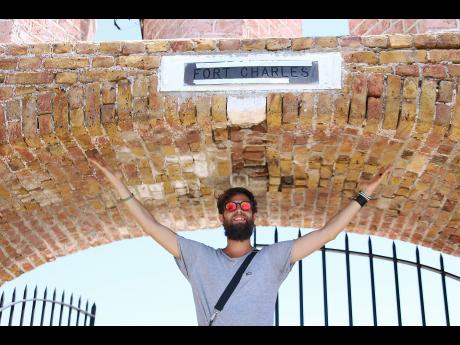 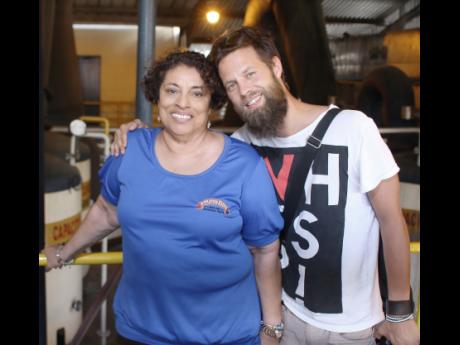 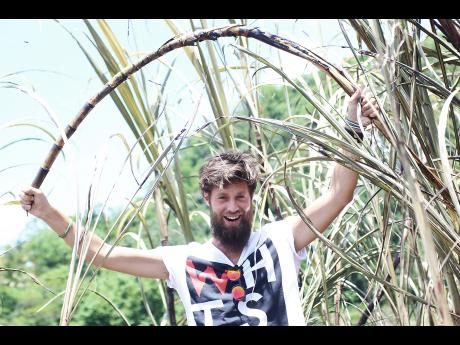 Contributed
A tour of Appleton Estate. 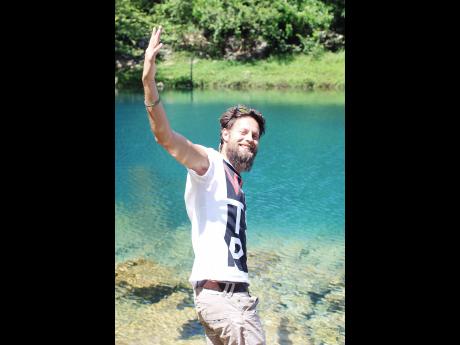 Contributed
Perin enjoying a day in the land of wood and water. 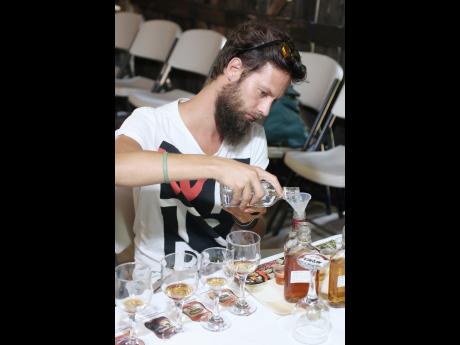 Can you imagine leaving all you know behind and moving to another country where you don't even speak their native language?

Well that's what 28-year-old Italian, Andrea Perin is doing. His current stay in Jamaica doesn't have him staying in a five-star hotel or a fancy villa on the north coast. Instead, he has found his own abode and is finding his way around the island, living like a true Jamaican for the next six months.

In a recent interview with Outlook, Perin said, in broken English: "This is the first time in Jamaica. First time I spend such a long time out of my country. It's very interesting. I like it." Though it's a big move, it fits perfectly with Perin's adventurous nature. "I love to discover new things and new cultures," he told Outlook with a near-constant, easy-going smile.

Originally from Turin in Italy, Perin was the winner of Appleton Italy's MolloTullo competition. Appleton Estate introduced itself to Italian consumers with an unconventional digital activation, created to spread the word about the new addition to the rum category, and its deep bond with its country of origin - Jamaica. The lucky winner was given a once-in-a-lifetime opportunity to live in Jamaica and discover the true pleasures of the island.

According to marketing manager of dark rums, Tamika West, through the "'We Are Rum People' campaign, we are encapsulating the very essence of Appleton Estate, which lies within the heart and culture of our people - warm, exceptional, unique, Jamaican. We are inviting our consumers to rediscover the spirit of Jamaica through our exquisite rum blends."

Though some variants in the Appleton Estate range were previously available in Italy, the full range is now being introduced.
Perin is in Jamaica as a brand ambassador for Italy. Every week, he goes out and discovers new places and experiences in Jamaica with a special emphasis on the side of the island that most visitors never get to see. He then posts on the various Appleton Estate social-media channels back in Italy to promote Appleton Estate and Jamaica.

#MulloTullo
For the #MulloTullo competition, contestants were requested to create a job profile by shooting a video indicating why they would be the best person for the job. The top-30 were interviewed by Campari (mother company of Appleton Estate) and the top-10 candidates selected. The final phase of the competion included the top-10 competing in weekly online challenges and voted on by the Italian public.
Perin is a reluctant winner of sorts. He told Outlook that, at first, he never really had any interest in the competition, but was persuaded to do it by a friend who thought it was the perfect match for him. The fact that he is a videographer and director, may have given him the edge, though he confessed that, when he saw the work of the other competitors, he didn't think he would have won.
He told Outlook that prior to arriving in Jamaica, he knew very little about the island beyond reggae music, its beaches and that it was a little paradise - a point he said he has confirmed for himself. He said he didn't have any set expectations. "If you don't have expectations, you can live real life." And, so far, it has been an enriching experience for him. "It is not only an important experience in my job but my life."
Arriving in Jamaica on March 13, he has, so far, seen and experienced quite a bit of the island - Lime Cay, Tuff Gong Studio, Mavis Bank, Port Antonio, and most interestingly for him - Trench Town and carnival season. "Trench Town was a part of Jamaica I have never seen before. I think of Jamaica as a paradise; never seen so many poor people."  Carnival season and the host of events surrounding it stood out for him as well. "I really like pop, indi, and electro music," Perin confessed adding that, for soca, "One, two days is fine, after that it's crazy. The type of dance is so strange to me. I thought, is this a sexual move? I like it!"
With all that partying came lots and lots of rum. He said his rum palate is now very refined, and he can tell the difference between a 12-year- old and 21-year-old rum. And unlike how it is had in Italy - on the rocks - his favourite way to have it on the island is with coconut water. When it comes to food, jerked chicken is high on his list of favourites.
Perin has found somewhere to live in Montego Bay and he loves it. "It's quiet. It has a garden, pool, nature. Really is beautiful. God was more creative here than anywhere else in the world," he said.