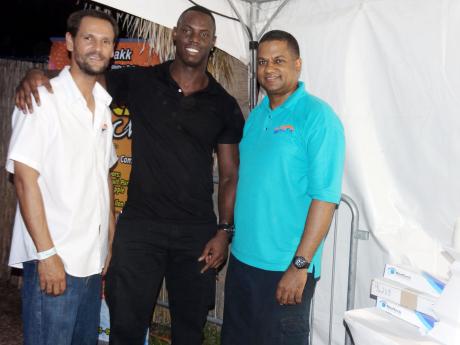 The Caribtik team from left: Sheldon Bogle, Ewart Mason and Tyrone Robertson at the DayDreams All White party at the John U Lloyd Park, Dania Beach, Florida last Sunday. 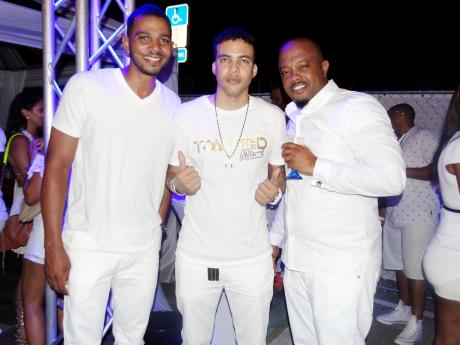 DayDreams Gregory Wright, DJ Nicco and Karl Tulloch of Kemtec Development at the DayDreams All White party at the John U Lloyd Park, Dania Beach, Florida on Sunday. 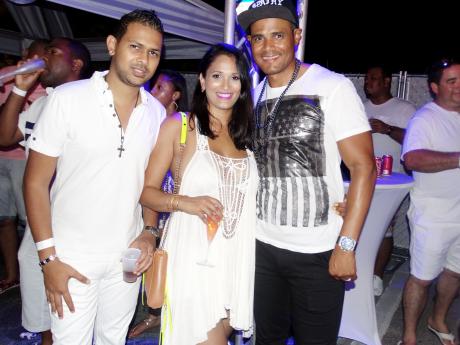 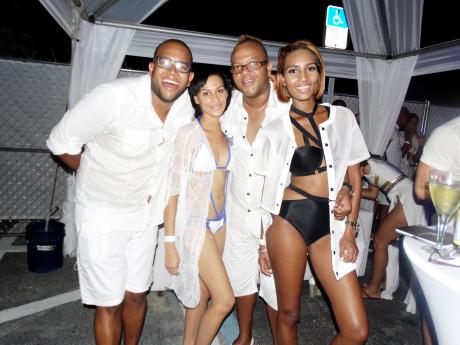 From left: Christopher Creary, Shantoya Scott, Don Creary and Shaneke Williams at the DayDreams All White party at the John U Lloyd Park, Dania Beach, Florida on Sunday. 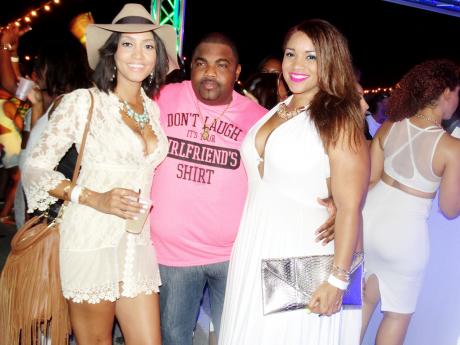 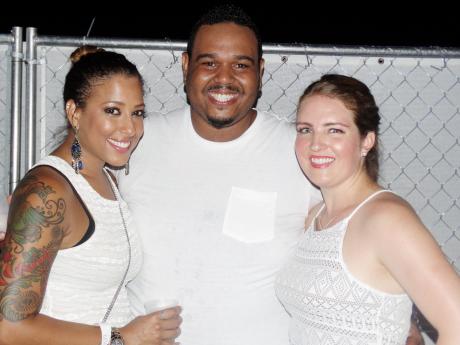 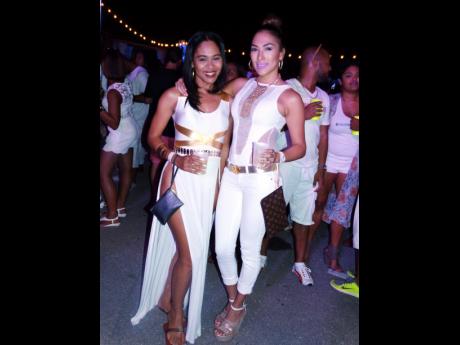 The gorgeous pair of Monique Walcott (left) and Renee Harper. 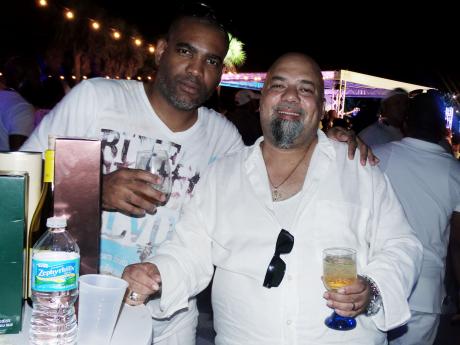 An invasion of the John U. Lloyd Park in Dania Beach, by hundreds of Jamaican party people, was an indication of the throngs of supporters who will turn out for the August 5, Negril edition of DayDreams 2015.

The South Florida all-white affair was the perfect precursor, but even more important, was proof that Jamaicans are among the happiest party people in the world.

DJ Nicco came prepared to deliver an unforgettable set when he drew for old time reggae, giving Beres Hammond fans every single penny they paid to enter, while paying tribute to Beenie Man, Kartel and the Duwali rhythm.

His set was the warm up to getting the fire ignited. By the time the party ended at midnight, DJ Nicco had no need to prove his prowess on the party scene.

Jazzy T, showed his deck of cards early, declaring he was the 'mad selector', and if madness is his middle name, he brought not only DayDreams to Dania Beach, but some serious 'NightDreams', allowing those who needed to, the opportunity to bubble and wine 'pon di bike back'.

Jazzy T, took charge with all genre of music, for all ages, juggling with one thing in mind-pleasing the audience. "I play for the crowd, I am a crowd pleaser", he said.

As for Dutty Dex, the unofficial mayor, his one hour and 15 minute set, was as predictable as they come. Known for supporting new artistes, his selection included a medley of Dexta Daps, the newest craze. Between 'Seven 11', 'Shabba Modda Pot' and 'Jealous Over', this selector had 'DayDreamers' dancing to every move.

If last Sunday is anything to go by, expect nothing less in Negril on Wednesday, August 5.