Seeing the sights in Lima, Peru 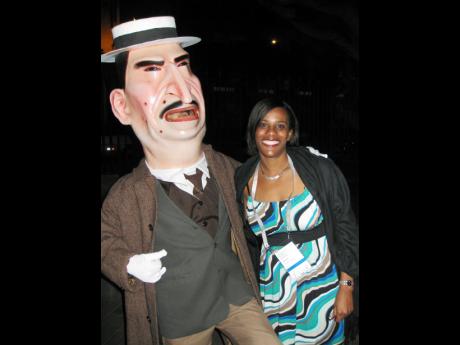 Dania Bogle
Dania Bogle With an effigy of a Peruvian in 1920s dress. 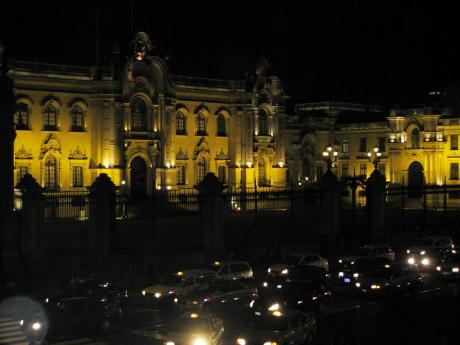 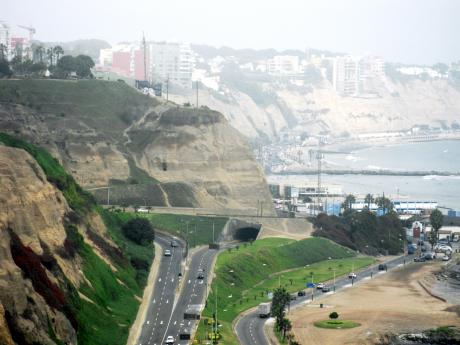 Dania Bogle
A view of the sheer cliff drop from Lima to the Pacific Ocean. 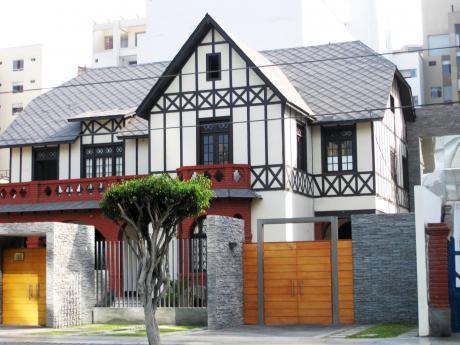 Dania Bogle
A colonial style building sits among the modern skyscrapers in Miraflores. 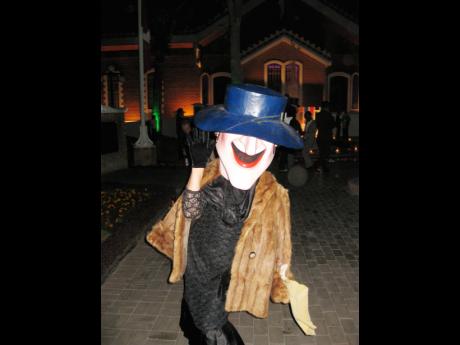 Dania Bogle
An effigy displaying the dress of Peruvians in the 1920s. 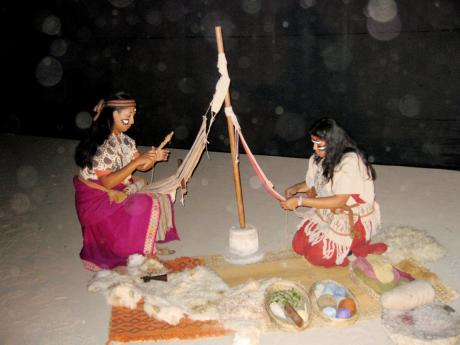 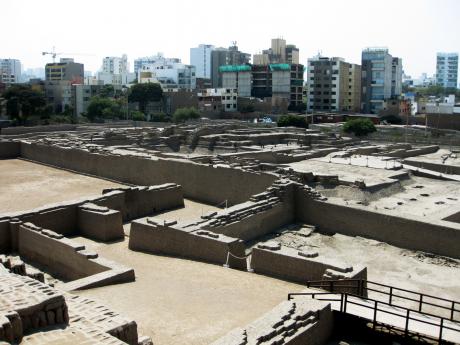 Dania Bogle
A view of Lima city from Huana Pucllana ancient indigenous site in the Miraflores district of Lima.
1
2
3
4
5
6
7

When one hears the word Peru, it can conjure up images of indigenous peoples in multicoloured woollen dresses, Spanish conquistadors, and Machu Picchu - that charming ode to a higher power perched high in the Andes which was a few years ago was voted one of the new Seven Wonders of the World

But Peru's capital city, Lima, is anything but antiquated. It is a thriving modern city of high-rises, globally-recognised financial institutions, expansive shopping malls with some of the most high-end brands this side of Rodeo Drive, bustling city streets and expressways, and the most fabulous view of the ocean.

I have never seen anything as shockingly beautiful as the view of the Pacific Ocean from the cliffs on which parts of Lima sit.

I had heard about it from friends who had visited the city before, but I don't believe it is possible to imagine what awaits you when you walk to the end of Avenida de Larco - the main street in the trendy, upscale neighbourhood of Miraflores, about 30 minutes' drive from downtown Lima.

The avenue opens into the Malecon Miraflores, but it isn't until you walk into the park and look out that you come to realise you've entered what could easily be one of the natural wonders of the world.

The sound of the ocean's waves rushing to shore is not something easily described, but a short taxi trip to the beach soon unravels the mystery. It is the sound of gallons of water rushing over millions of pebbles, echoing on the street 30 feet above.

Miraflores is a district which one could easily extract and place in any European city suburb and not many would see the difference. Old Spanish-style houses sit next to modern multi-storey apartment buildings on clean tree-dotted streets, giving it a kind of Western European feel and certainly nothing like the image of South America I may have had in my head.

One always has the feeling of being close to nature. I got a brief glimpse of the Andes from the window of my suite at the Casa Andina Private Collection Miraflores, on Avenida La Paz the first afternoon after my arrival.

I hadn't realised it was possible to see them - the city skyline is so often enveloped in a thick haze - but for short spells one is able to see a few of the peaks which form one of the highest mountain ridges in the world.

The city is also dotted with green areas and parks such as the John F. Kennedy Park at the opposite end of Avenida de Larco.

The tallest hotel in Miraflores may be the Marriott which sits across the street from the Larcomar Shopping Centre and the ocean.

Larcomar sits high on the cliffs of Lima and boasts many of the popular shops and eateries seen in North America. Steve Madden, Guess, L'Occitane en Provence, Tony Roma, Chili's, and also a few Peruvian names such as Sol Alpaca which sells items made from the wool of the alpaca - an Andean camel closely related to, but smaller than its more well-known cousin, the llama.

Not far from Larcomar in Santiago de Surco district is the much larger Jockey Plaza which hosts the local department stores Ripley and Saga Falabella, as well as Zara for the average pocketbook sitting in one half, with Emporio Armani, BCBG, Calvin Klein, and Guess sitting in the other.

Lima has earned a reputation of being the gastronomic capital of South America, and it isn't possible to walk more than a few metres without seeing either a cosy restaurant serving any of the varieties of ceviche - seafood marinated in spices, pepper and lemon juice - or something more substantial such as lomo saltado, braised beef tenderloin served with white rice and French fries, or something a little faster like KFC, Burger King, McDonald's, or the Peruvian version of those - Bembos.

You could try one of the smaller local restaurants but for a more all-inclusive dining experience, the Brujas de Caciche comes highly recommended.

The restaurant is tucked away in one corner of a roundabout just metres from the Malecon and serves Peruvian cuisine buffet-style which gives the visitor the chance to sample a little of everything and then decide their favourites, and go back for more.

Seafood and fish ceviche, tamales (mashed spiced corn stuffed with olives and chicken, wrapped in foil), fried pork, stewed beans, and for dessert: mazamoroda (a pudding made of Peruvian purple corn and fruits); Suspiro limeno (a type of ultra-sweet caramel pudding topped with whipped cream) or the arroz con leche, which is basically rice and milk sweetened with brown sugar or condensed milk and spiced with a touch of cinnamon.

Lima was, of course, the capital of the Spanish Viceroyalty of Peru and, for history and antiquity lovers, downtown Lima is the perfect place to see the architecture of the city built by its Spanish conquerors more than 500 years ago.

But all around huge churches lay within yards of each other - a testament to the importance of the catholic faith to the conquistadors.

Many of the most fabulous buildings in typical Spanish style, however, suffer from neglect and the streets are nowhere as clean as those in the more upscale Miraflores.

In downtown there is more obvious poverty and one gets the feeling that a tourist walking around unaccompanied may not go as unnoticed as she would elsewhere.

Peru is known for having been home to some ancient civilisations.

If there isn't time to take the 45-minute flight and three hour train ride to the ancient city of Cusco and Machu Picchu, then it is still possible to see some of the country's great history in the remnants of the Huaca Pucllana temple.

The temple, made of mud bricks with several rooms, catacombs, and squares where citizens played, is still under archaeological excavation and only about one-third of it remains, as much of its 18 hectares were reclaimed and is now covered by homes and apartment buildings in the quiet north of Miraflores.

Getting around Lima can either be done via city streets or through eight-lane expressways.

Both Miraflores and downtown Lima boast an intricate network of narrow one-way streets which can turn what would have been a 10-minute walk into a 30-minute drive.

For the visitor who is prone to nervousness, perhaps walking is best, as a ride in a taxi or tour bus on a busy street could leave one with the need for heart-rate lowering medication.

Intersections with very few stop signs and drivers who are intent on getting there first and fastest can leave you with your eyes closed just waiting to hear the next loud bang of a collision - which somehow never happens, but makes for a very tension-filled drive.