Can I have sex after an hysterectomy? 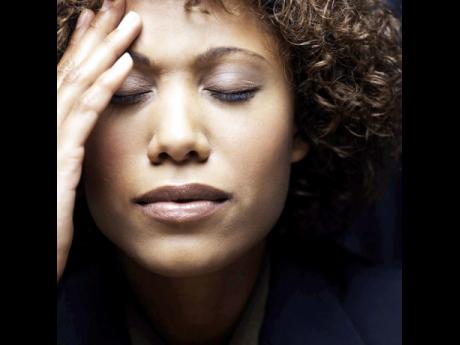 Can I have sex after an hysterectomy?

Q Doctor, I am a woman who has led a wonderful sex life, having had three husbands and - I must admit - quite a few boyfriends. But now I am very scared.

The problem is that I have to do a hysterectomy next month, and I am worried that it will put a stop to the great sex life that I currently enjoy with my husband.

Is that what happens, doctor? I am very afraid that if I could no longer have sex with my husband, he might develop a 'roving eye' and become interested in other women.

A Please relax. You have nothing to worry about. You will be able to enjoy sex, once you have recovered from the operation.

Now there are two ways of doing a hysterectomy:

1. Through a small cut in the lower part of the belly;

2. Through a cut at the very farthest part of the vagina - right up where the cervix is.

If the surgeons haven't told you which type of operation you will do, ask them.

As it relates to sexual intercourse, you will have to avoid it for two months - but you must be guided by your surgeon/gynaecologist as to how soon you can resume having intercourse.

There may be some stitching, and it is important to ensure that the area has completely healed before you start having sex.

I hope this reassures you.

What is HTL V?

QI am very concerned about my recent predicament. I am 32 and my husband of three years went to the blood bank to do a donation, and was informed that he could not give blood as it seems that in the past he has tested positive for 'HTLV.'

That day was the first either of us was hearing about this disease. But now, after a lot of reading, I have come to understand that this is a virus, which is related to HIV, and it can cause several very serious conditions, including paralysis and cancer.

Apparently, he tested positive in 2005. But somehow, owing to a glitch, no one told him. So when I married him in 2012, neither of us knew that he had this virus.

I am so confused, angry and sad. What is going on here, doctor? Is it likely I will get cancer? What is my fate?

AI am sad to hear about this terrible situation. There are actually several HTL viruses, and I am guessing that your husband has been told that he has the one called 'HTLV-I.'

A lot of people confuse this HTLV-I with HIV. But as I am sure you realise, it is not HIV at all. When these two viruses were first discovered, there was a muddle about naming them.

HTLV-I is widespread throughout the Caribbean. Unfortunately, it produces no symptoms in the early stages. As you say, after many years, it can cause paralysis, or sometimes cancer particularly leukaemia - which is a kind of blood cancer.

It can be caught in several ways, including the following:

• From mother to baby, especially during breast-feeding.

• Though transfusion of infected blood.

• By sharing needles, as drug users often do.

I do not know how your husband acquired the virus, which must have been 10 or more years ago. Perhaps it was during sex, but no one is going to find that out now.

It is clear that two urgent actions must be taken:

1. Re The blood bank - the unpublished part of your email makes clear that your husband has given blood several times in recent years. That is praiseworthy. But it sounds like several people may possibly have been given his blood - containing HTLV-I . So he or you should contact the Blood Bank immediately to make sure that they are aware of this dangerous situation.

2. Re yourself. You should get an immediate blood test for HTLV-I. You may have caught it from your husband - perhaps during sex. But have courage! It is by no means certain that you have acquired the virus.

In one research study of people with HTLV-I, only seven of their sexual partners caught it. So get that test now!

Things may not be as bad as they seem, as scientific research has shown that the vast majority of persons who are infected with HTLV-I, do not develop any life-threatening disease. Only about one patient in 20 gets paralysis or leukaemia.

So, even if you have caught HTLV-I, it is very possible that you will have a long and healthy life. I hope that the same is true of your husband.

One a final point, encourage your husband to always use a condom to reduce the risk of transmission.

Worried about VD from a prostitute

QI am embarrassed to say that recently I went with a 'call girl' in Kingston. In fact, I only penetrated her for around a minute. And I did not discharge. Is there any possibility that she could have given me a venereal infection?

If a man puts his penis inside of a woman for just a few seconds, that is enough for him to catch the germs of any sexually-transmitted infection (STI) which she may have.

Even if you have no symptoms, I think you should go to a doctor or a clinic for tests. If you are in a relationship, please do not have sex with your partner until you have done the relevant tests and sought treatment for whatever you may have.

Do I need regular

QI am a 34-year-old virgin. Do I need regular Pap smears?

ANo. If you really have never had sex, then there is little point in doing cervical screening.

Where can I do a vasectomy?

QI am a 30-year-old man who wants to do a vasectomy. Can you tell me where in Jamaica I can get it done? I am also open to travel.

AVasectomy has never been a very common thing in Jamaica. However, there are now at least 20 urologists in the island. So you could Google 'Jamaica urologists,' and choose one.

However, there is something to be said for going to a clinic where they do nothing but vasectomies. There are about 10 of them in Miami. Alternatively, if you want to visit London, there is an organisation called the Marie Stopes Clinic, that does the operation.