A 'Couple' of Animal Lovers 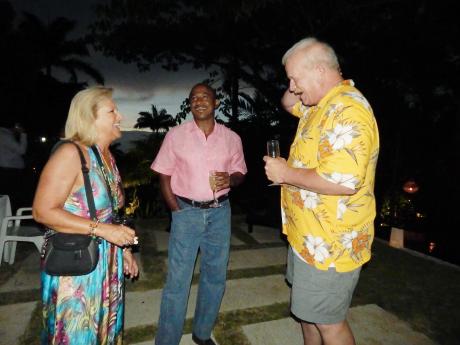 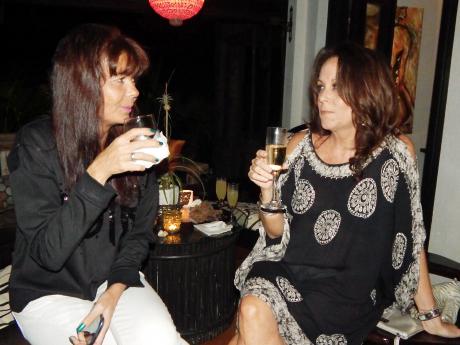 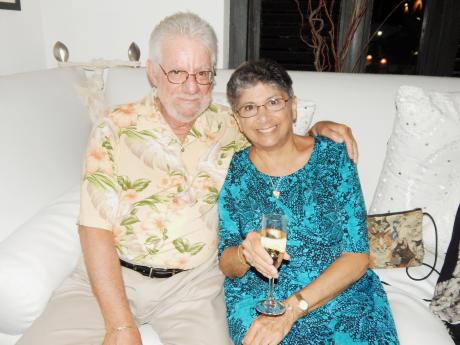 Contributed
Gene and Jane Saks who met in college, have made a whopping 81 visit to Jamaica over the last four decades. 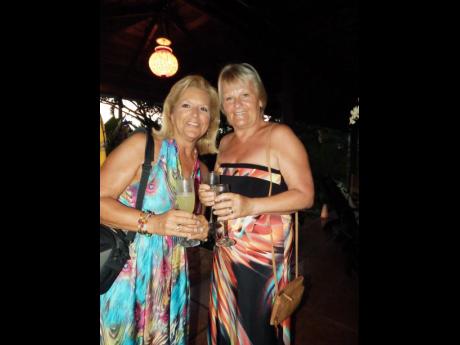 Contributed
Darcy Fangman (left) is all smiles with Sue Brackenbury. 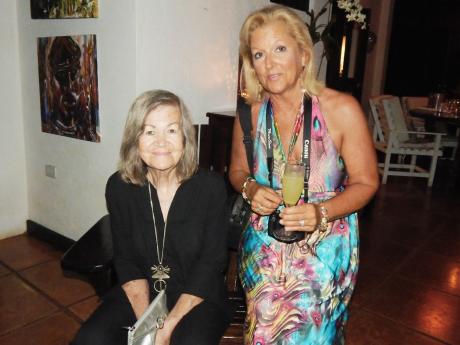 Contributed
Maureen Sheridan (seated) is all smiles with Darcy Fangman at the Couples Resorts' spondored dinner for The Animal House. 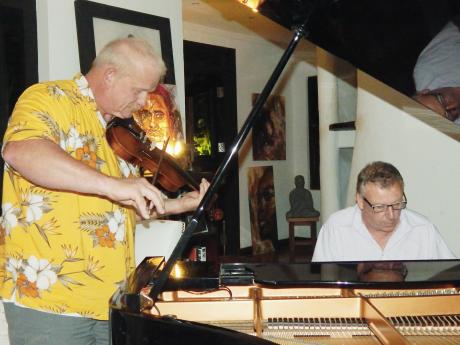 Contributed
Jim Fangman shows off his musical skills on the violin, accompanied by John Davis. 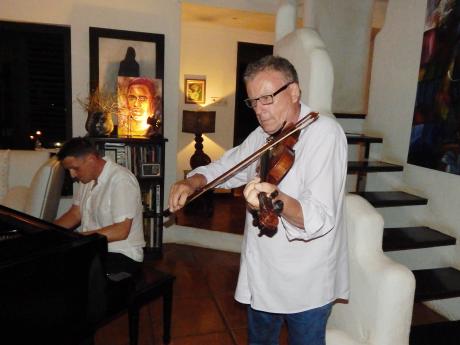 Contributed
A man of many talents, executive chef Stephan Spath on his baby grand accompanied by John Davis on violin.
1
2
3
4
5
6
7

Jim and Darcy Fangman did it again. For the seventh consecutive year, the Missouri couple placed the highest eBay bid for a special Couples Tower Isle-sponsored dinner, in support of The Animal House, an Ocho Rios animal shelter.

On Wednesday, July 15, it was time again to gather for the prized feast, at Tumbleweed, the beautifully-crafted and masterfully-decorated Upton, St Ann, home of Stefan Spath, executive chef of Couples Resorts.

An unusually cool summer evening created a pleasant atmosphere as the Fangmans and specially invited guests arrived for the anticipated event. It was a reunion of people who, over the years, have become very good friends.

Guests were warmly welcomed and greeted with refreshing glasses of sparkling wine and June Plum juice. This was accompanied by delectable 'arrivals', before the main feast would begin.

Between mouthfuls of these delicious morsels, Jim Fangman told Outlook that the dinner was "worth every penny". He said he and his wife could never get bored of it, especially since they have come to know the people involved in hosting the dinner, and have grown close to them over the years. Over 30 years, the Fangmans have made more than 20 trips to Couples Tower Isle. Their trips there now feel more like visits to a second home.

Among the group were self-styled 'honorary Jamaican citizens' - Gene and Jane Saks. The couple, who are originally from New Jersey, but who now live in Florida, met in college - a pair of music majors who fell in love and have been inseparable ever since. Over the last four decades, the couple has made a whopping 81 visits to Jamaica, with the Couples Resorts being their chain of choice.

This year, another special guest at the dinner was proprietor of the more than two decades old Animal House, Maureen Sheridan and her daughter, Tasha Wagener. Sheridan told Outlook that she started the animal rescue charity organisation because, "no one else was doing anything on the north coast". She continued: "What they (Couples Resorts and the Fangmans) are doing is amazing." She noted that a lot of the adoptions secured at Animal House are from overseas, including places like Canada and Germany.

As the guests dined, the nightly orchestra featuring the creatures of the night, took a brief reprieve as John Davis, Jim Fangman and Spath, took turns on a violin and baby grand - all a perfect addition to a night well spent among friends for the benefit of the animals.